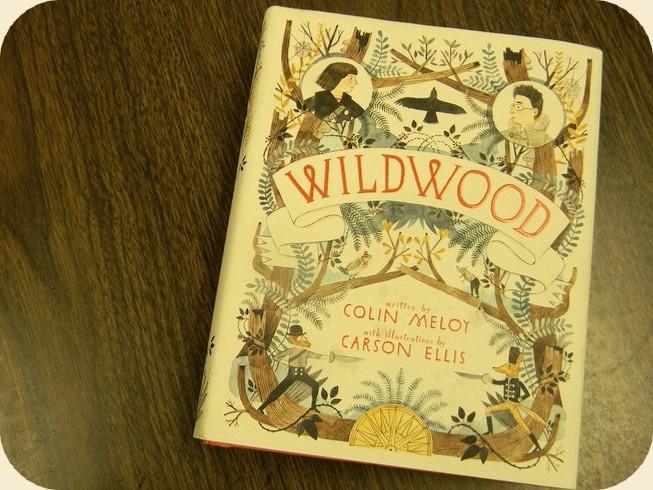 Colin Meloy: singer, songwriter, sesquipedalian and – most recently – author. As the frontman of the Portland-based indie band The Decemberists, Meloy has constantly woven extravagant stories in his songs. His songs and albums are tales of widows, thieves, star-crossed lovers, ghost children, forest queens and shapeshifters; tales of revenge and fury, love and loss, castaways and cutouts, anarchy and destruction, guilt and redemption.

It was only a matter of time before Meloy brought his genius to the world of prose.

“The Wildwood Chronicles: Book I,” released Aug. 30, was written by Meloy and illustrated by his wife Carson Ellis, who did all of the Decemberists’ album art. Their trademarks are evident throughout even the first chapter: Meloy’s gargantuan vocabulary and unmistakable snark makes the story and characters come alive, and Ellis’ illustrations complement the story perfectly. While sometimes the reader may need to consult a dictionary (especially if the reader is the 9-13 year old “Wildwood” is marketed towards), the language is beautifully descriptive and makes this gripping story even more gripping.

The story centers on Prue, a twelve-year-old girl living in Portland’s St. Johns neighborhood, whose baby brother, Mac, is one day spirited away by a mass of crows into the Impassable Wilderness, an area across the river seemingly untouched by civilization. Accompanied by her classmate, Curtis, she goes across the Railroad Bridge into the Wilderness to find her brother. Almost immediately, they encounter a platoon of talking coyotes. They kidnap Curtis and recruit him into their guerilla band of freedom fighters, battling a horde of bandits for control of the forest.
Prue escapes, and while exploring the Wilderness, she learns that the Wilderness is actually a collection of nations. There is the Avian Principality, a nation by the birds, of the birds, and for the birds; the South Wood, a clumsy bureaucracy whose leaders only seek political gain; and the Wildwood, an untamed wilderness in the midst of a territorial war that may endanger the rest of this world. Prue also learns that because of “woods magic,” she isn’t supposed to be able to enter Wildwood.

The book then goes on to answer the questions: Why is Prue able to enter the Wood? Where is Mac? What must be done to preserve the safety of the Wood?

The book seems aimed at middle schoolers, perhaps fifth graders as well, but it is equally entertaining to high schoolers and young adults. The story itself is easy enough for any kiddo to understand, but the SAT-leveled vocabulary and potent themes of anarchy and corruption may require the deep thinking of a grown-up to really digest. It can be a bedtime story, a quick read for young adults, or middle school required reading. It’s versatile and enjoyable for any age, and for those reasons, I give this book five out of five stars.
“Wildwood” has the comprehensive world-within-a-world of “The Chronicles of Narnia,” the political satire of “Catch-22” and the dark humor and clever storytelling of any Decemberists song. In fact, this book (and, presumably, writing its sequel) is why the Decemberists are currently on hiatus. The rest is well-deserved; Meloy works hard to weave these stories for the hungry consumer, and this hungry consumer is looking forward to reading the further adventures of Prue, Curtis, and Mac in the Impassable Wilderness.
“The Wildwood Chronicles: Book I” is available on Amazon.com, as well as at Barnes & Noble, IndieBound, and Powell’s. It can also be downloaded as an eBook for Kindle, Nook, or iBookstore, and an unabridged audiobook can be bought at www.harpercollinschildrens.com. Price ranges from $9.99 to $17.99.