“Foster the People” rise to fame with their new album, “Torches” 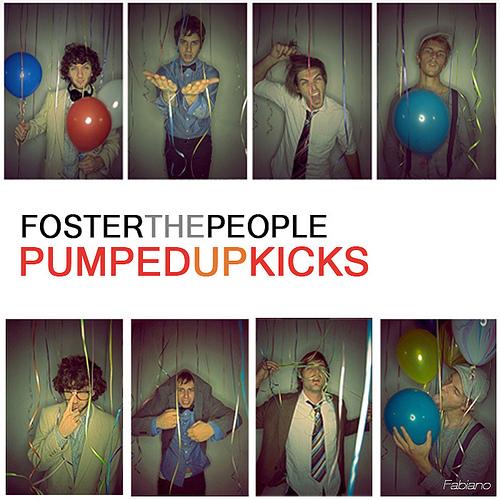 Foster the People, a new band from Los Angeles, has risen to fame very quickly in a short amount of time. Their latest hit, “Pumped Up Kicks,” has been playing on most radio stations for a long time. They’ve been making a name for themselves in the music industry and have been doing a great job of it since 2009.

The album starts out with “Helena Beat,” one of the bands less popular songs, but popular none the less. This song is danceable with a catchy beat. The band uses synthesizers and drum machines to make their music, but also include guitars and percussion. The song is definitely fitting into the new genre of “indietronica,” a mixture of indie rock and electronica. This one is leaning a bit more to the electronica side, but you can hear the indie part.

Their most famous song, “Pumped Up Kicks,” is a very mellow, slow song that still remains to sound upbeat. With the bass kicked up, the song makes me want it to be summer again. For those who don’t know, the song has had some controversial problems behind it. The song involves school shootings, causing some uproar about the song.

“Don’t Stop (Color On The Walls),” a fun, light song with a little more guitar in it; a song you might cruise in your car to. It’s a lot of fun to listen to this because it makes you feel more carefree. Then, “Waste” comes on. The song is a little slower and not the best on album. It feels boring and a bit repetitive so it doesn’t really go anywhere.

“I Would Do Anything For You” is an excellent song. I like it because it has the right amount of upbeatness to keep it interesting, unlike “Waste.” “Houdini” is just fantastic; it might be my favorite song of the album. The way the song melds together is why I enjoy it so much. Also, Foster’s voice is makes the song even better than it already is.

“Life on the Nickel,” on the other hand, isn’t for me, because it sounds too techno-esque. The chorus is really good, but the rest of the song isn’t too great “Miss You” is a really interesting song because it’s fast and the bass is loud. More on the electronica side, the song doesn’t really stick with me too much.

The last song on the album “Warrant” (which also happens to be the longest), starts out with a choir, but drums start to slowly drop in with a loop on the choir. Drums come in, then bass and finally piano. Everything comes together, which was really creative and clever. The song isn’t really fast, but definitely upbeat. “Warrant” is a great song to end the album with.

Bottom line, the album is great. I give this album four out of five stars. I would definitely recommend buying it because meets the demand of good music in young teens. You can buy this album iTunes for $9.99, $9.00 for the physical CD, or $18.98 for the vinyl.