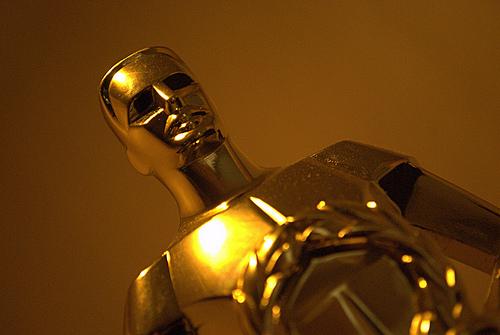 The Academy of Motion Picture Arts and Sciences revealed their full list of Oscar nominations on the morning of Jan. 26. Martin Scorcese’s 3D kid’s adventure, “Hugo,” topped the nominations list with 11 total nominations.
Weinstein’s black-and-white silent film, “The Artist,” came in second with 10 nominations, followed by the Brad Pitt baseball picture, “Moneyball,” and Steven Spielberg’s World War I epic, “War Horse,” both with 6 nominations. All four films were joined in the Best Picture category by George Clooney family drama, “The Descendants,” “Extremely Loud and Incredibly Close,” “The Help,” “Midnight in Paris,” and “The Tree of Life.”
Demian Bichir (“A Better Life”), George Clooney (“The Descendants”), Jean Dujardin (“The Artist”), Gary Oldman (“Tinker Tailor Soldier Spy”) and Brad Pitt (“Moneyball”) were nominated in the Best Actor category.
The nominees for Best Actress were Glenn Close (“Albert Nobbs”), Viola Davis (“The Help”), Rooney Mara (“The Girl with the Dragon Tattoo”), Meryl Streep (“The Iron Lady”) and Michelle Williams (“My Week With Marilyn”).
While some film fans praised the Academy’s nominations, others were left angry or confused at the multiple snubs this year: notably, the exclusion of acclaimed films like the gritty L.A. noir film, “Drive,” or the final chapter in the “Harry Potter” series.
Many acting nominations were left out of the awards as well—“Young Adult” star Charlize Theron, Leonardo DiCaprio for “J. Edgar,” Michael Fassbender for “Shame,” Ryan Gosling for “Drive,” and most notably, “Drive” actor Albert Brooks, who was a favorite to be included in the Best Supporting Actor category.
Brooks responded to his snub on Twitter, joking “I got ROBBED. I don’t mean the Oscars, I mean literally. My pants and shoes have bee     n stolen.” Other critics, such as Peter Travers of Rolling Stone, publicly rejected the Academy’s decision, calling it “a new definition for ignorance.”
The Oscars will be held on Sunday, Feb. 26 at the Kodak Theater in Hollywood, California. The show will be broadcast on ABC at 4pm P.S.T.