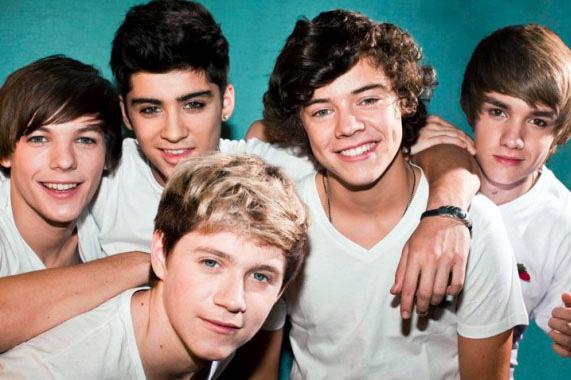 A little over a month ago, thousands of teenage girls flocked to New York City to catch a glimpse of the new pop phenomenon that has taken America by storm: One Direction. Their first concert in America was on March 12 for the “Today Show”, and  was witnessed by well over a thousand teenage girls in Rockefeller Plaza, many of whom camped out over night for their first glimpse of the five member boy band. The mass of screaming fans was a warm welcome for the boy band, who have already found immediate success in the UK. This concert, though, was the first clue that One Direction mania has hit America.

If you’ve been paying attention to pop culture lately, then odds are you’ve heard of this new, incredibly catchy band from the UK. Armed with their number one debut album “Up All Night” and their hit single “What Makes You Beautiful,” One Direction has become a powerful pop force both in the UK and America while capturing the hearts of teenage girls on their way to success.

One Direction is comprised of five boys in their late teens to early 20s: Harry Styles, Louis Tomlinson, Zayn Malik, Niall Horan and Liam Payne. The unique thing about One Direction is how the band was formed. In 2010, all five guys tried out as solo artists for the UK’s “The X Factor.” After they were all rejected in the second round of the competition, Simon Cowell, “The X Factor” judge and mentor, decided to combine the boys’ talents, forming One Direction. Since then, One Direction has become a strong presence in pop culture.

While on “The X Factor,” the group skyrocketed to popularity after performing covers of songs by artists such as Rihanna and Coldplay. One Direction ultimately placed third on the show but that didn’t stop them from becoming a big name act in the UK, where the band has continuously sold out concerts and have sold over 468,000 copies of their debut album.

Now One Direction is hoping to continue their instant success in America, and so far it’s working. “Up All Night” was released on March 21 and immediately became the number one album on the charts after selling 176,000 copies in the first week. This number one release made history as One Direction became the first UK group to have a number one album in the States; not even The Beatles or Coldplay pulled off this feat.

One Direction is continuing its domination after a performance at the Kid’s Choice Awards on March 31 and a musical spot on Saturday Night Live on April 7. The group is even breaking into acting after filming a guest spot for Nickelodeon’s “iCarly,” which aired on April 7.

“Up All Night” is available on iTunes for $9.99 and sold everywhere.