Ed Sheeran brings his A game to Portland 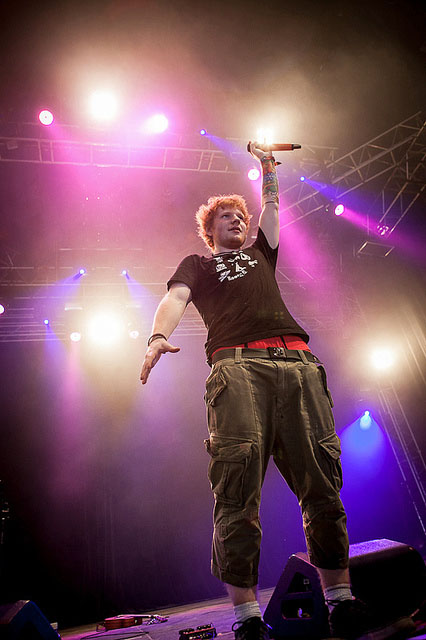 “We want Ed! We want Ed!” those were the shouts of a sold-out Roseland Theater crowd, all in anticipation for the show’s headliner; a scrawny, ginger-haired singer-songwriter: Ed Sheeran.

The cheers were well deserved: the concert was absolutely phenomenal. Sheeran performed to the packed crowd with so much heart and energy that it made the show come alive. His 14 song set could have been a complete and utter bore, considering it was just him and his acoustic guitar on stage. But coupled with his pure talent and his outstanding stage presence, Sheeran took his mellow songs and gave them a high-energy twist.

Sheeran is well worth the hype because he is the new kind of a triple threat. In addition to being a great singer and a terrific songwriter, he oddly enough is a hilariously entertaining rapper/beatboxer. He uses all these elements to his advantage with his debut album, “+”, which combines his soothing melodies with clever lyrics and speed of light rapping.

He combined all these talents to give a fast paced and lively two hour show. Already famous in his native England, Sheeran is one of many British acts trying to make their way in America. Sheeran is one of the few acts in the recent storm that could actually have staying power.