“Sinister” proves to be an entertaining yet mediocre scary movie 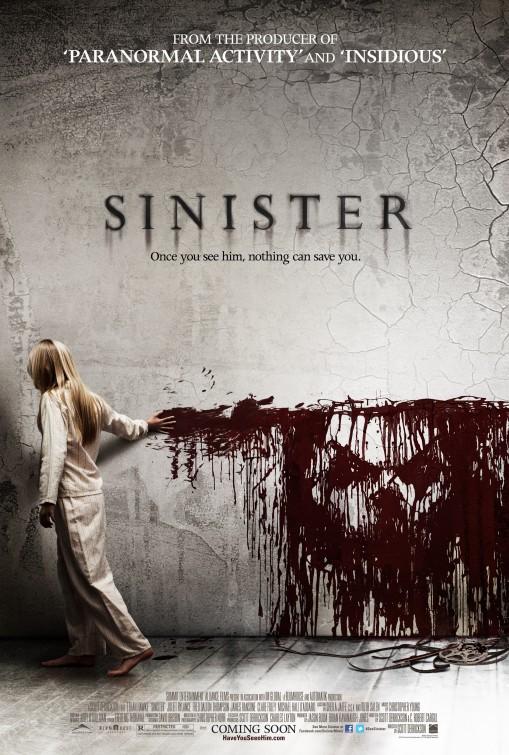 With believable acting, an interesting story and multiple twists and turns, “Sinister” proved to be different than a run-of-the-mill horror movie. Despite its positives, the movie did have its fair share of negatives as well.

“Sinister” is a movie about an author who moves to pursue a story that he feels he can write about. A girl has gone missing, her entire family has died, and the author wants to investigate to see if he can uncover the truth behind this mystery. In the process, he discovers a story much deeper than he had expected.

This was one thing that I liked about the movie: the story. The movie slowly reveals pieces of what happened to the girl and her family until the audience is able to put together the main idea. In the end, however, there is a twist (SPOILER ALERT)  when we find out that the man is going to face the same fate as the girl’s family did.

Although I liked the story, it was only good in concept. The movie makers failed in its execution. It seemed like a movie that was made to scare those who watched it instead of a movie that was scary because of the story. This was demonstrated mostly by the movie’s ending. The movie cut out with a creepy scene, but it went on for way too long. It was obvious this scene was placed in there just to leave disturbing images burned into our brains, but in my opinion, the last five minutes of the movie could have been cut, and I would have been satisfied.

On the other hand, the filming of the movie was something that I enjoyed. There were many close-up shots that added an interesting perspective. For example, when the author drank from a glass, the camera zoomed into his drink instead of just showing him drinking. This gave the movie a different perspective, providing a twist on normal camera work that other movies don’t have.

“Sinister” had its ups and downs, but the movie was interesting. It was definitely better than the usual horror movie, filled with guts and attractive lead actors. Overall, I would rate “Sinister” a B for an interesting story, but it had its downfalls.

“Sinister” is rated R for disturbing violent images and some terror.