Sauce Boss offers options upon options for the choosy eater 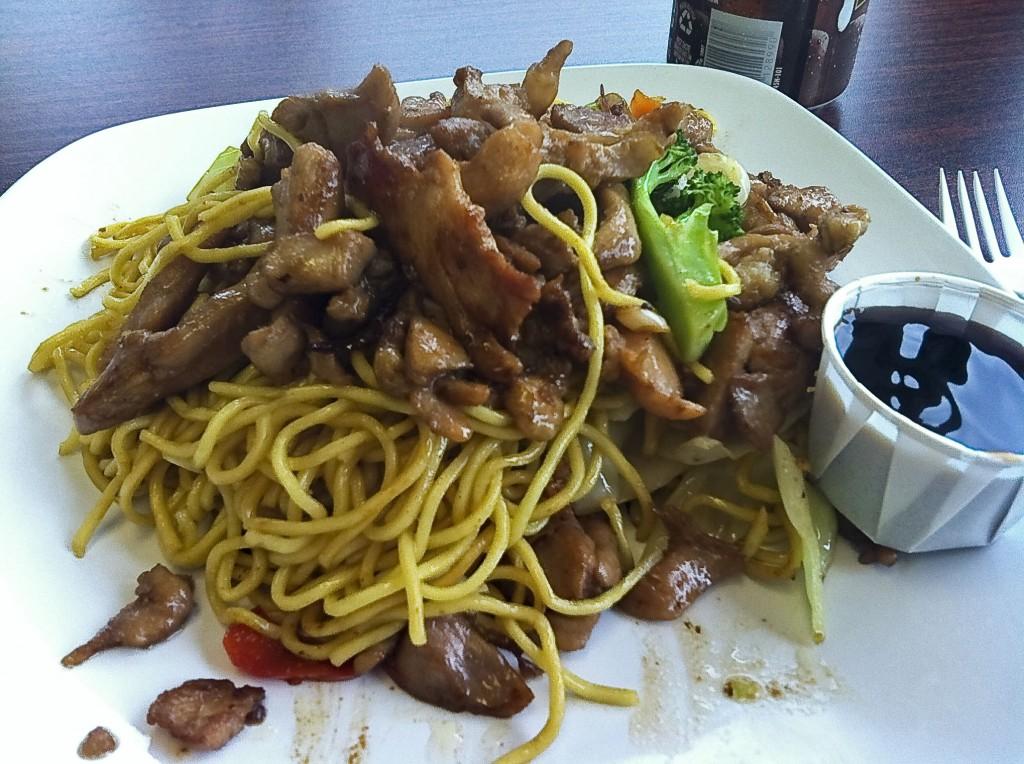 While its specialty dish is a stir-fry entree, the newest addition to the Robinwood neighborhood’s shopping center has a wide variety of options to suit a wide variety of palates. The Sauce Boss Grill, which opened its doors on Oct. 2, was started by a local Thai-American woman, according to Pranesh “Duke” Sharma, cook and assistant manager, and the recipes for sauces and marinades all originated in her mother’s kitchen. Mom knew what she was doing; the sauces are expertly made and could satisfy anyone’s tongue.

The service, to begin with, was excellent. A quick eight minutes passed between ordering and receiving the food. That being said, there were not very many customers when I arrived, so I don’t know if I would receive the same service if there were a crowd. But the lack of rush in the restaurant allowed a great conversation to play out between Sharma and me. I always enjoy restaurants where the customers can talk to the employees while still receiving speedy and delicious service. Also, they have free Cavendish and Henry hard candies to enjoy while you wait — a fruity surprise which made a nice first impression as I approached the register.

A stir-fry entree at The Sauce Boss has options within options to mix and match. At its basic level, it consists of meat — either chicken, beef or pork — marinated in a mix of soy sauce, brown sugar and garlic, on top of the customer’s choice of rice, sticky rice or yakisoba noodles. Steamed and grilled cabbage, carrots and broccoli are mixed in, and on the side the customer receives a small cup with any one of seven dipping sauces: teriyaki, barbecue, sweet chili, sho-yu (a sweet soy sauce), curry, peanut, and “too hot to handle.” I decided to try five — all at no extra cost.

I ordered chicken on noodles. By itself, the chicken tastes wonderful; it’s an effective mix of sweet and savory. The vegetables were steamed to perfection. The soba noodles were also cooked deliciously, although they felt bland compared to the chicken. That’s where the house-made sauces became especially handy.

The teriyaki sauce brought a lot of flavor to the chicken and worked very well with the soy sauce marinade. For the most part, the peanut sauce tasted like peanut butter, but it was a particularly nice addition to the noodles. However, my favorite sauce for the noodles was the sweet, sweet sho-yu sauce. The sweet chili sauce was more chili than sweet, which frankly is not my cup of tea. The curry sauce seemed to clash with the marinade, and it had a surprisingly spicy aftertaste; that may be something other customers like, but I didn’t care for it much. (Naturally, I was too scared to try the “too-hot-to-handle” sauce.)

The Sauce Boss also offers a Thai iced tea. Not only was it very refreshing and sweet; it delivered me a burst of energy. It was a very welcome beverage, especially for cooling down after trying the spicier sauces.

Mixing and matching is what the Sauce Boss wants customers to do, within their main entree as well as within their whole menu. I didn’t get a chance to try these dishes, but the menu also offered hot dogs, chicken strips, burgers, sandwiches and even grilled salmon. I wouldn’t be surprised if they were willing to make a grilled cheese for my little brother. I admire their desire to be versatile; hopefully, their American entrees are just as deliciously crafted as their stir-fry dish.

Ultimately, I had to take home about a quarter of my noodles in a box. The portions I received may have been large, but I definitely received a lot of bang for my buck – to be exact, my seven bucks. I was very pleased with the service, the food and the multitude of options I can try in the future. Hopefully more people will line up soon; the Sauce Boss is definitely a place to consider when deciding who should be the boss of your lunchtime.