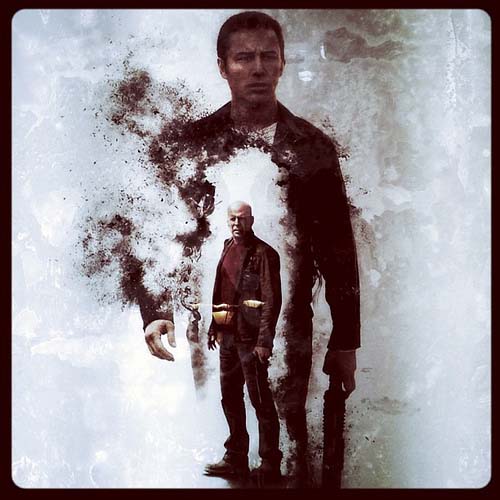 In the year 2044 civilization has gone a little downhill, cities are cesspools of poverty and nearly everyone needs to have a gun to defend themselves and their property. The only people who seem to have an upper hand in this dog-eat-dog world are mobsters.

This is the setting of “Looper,” written and directed by Rian Johnson. The film is a thrilling sci-fi masterpiece that draws upon different aspects of the genre, creates a superabundance of plot, and manages to not be as convoluted as other some other time-travel flicks.

The film stars Joseph Gordon-Levitt as Joe, a mob assassin known as a “looper.” A looper is an assassin who kills people sent from the future by “the mob.”  Even further into the future, in the year 2074, time travel has been invented but is immediately outlawed. The only way that criminals can dispose of dead bodies without getting caught is by sending them to the past to be instantaneously executed and disposed by loopers on arrival.

Fortunately, this is the only aspect of the film that requires an extended explanation, because many of the logical difficulties and confusions surrounding time travel are simply swept under the rug. The viewer is asked to “just go with it,” and I was happy to oblige.

Joe is shaken out of his murder-and-party lifestyle when, instead of the regular kneeling figure with a bag over his head arrives at the execution site, a mysterious bald man, played by Bruce Willis, appears and catches Joe off guard. The man knocks Joe out and flees, starting a manhunt that has huge implications for the future.

Who the mysterious man is, and his mission in the present (or past, from his perspective), is at the center of the film’s plot. It is from here that the story strays from a straight up futuristic time travel flick into a different, more supernatural part of the genre.

This next part of the film occurs after a major change in the story, suffice to say, Joe is on the run and has no place to hide. He finds a small farm where he meets Sara, played masterfully by Emily Blunt, a single mother who is just trying to make a stable life for her son, Cid, played by Pierce Gagnon, in a tumultuous world. Gagnon’s performance as Cid is one of the best I have seen by a child actor.

The way that Cid and Sara’s story connects with the mysterious stranger’s mission and the implications that this plot twist has are what make this film so entertaining and satisfying.

I give “Looper” an A for a solid story and awesome performances by all the actors and actresses.

“Looper” is rated R for strong violence, language, some sexuality/nudity and drug content.