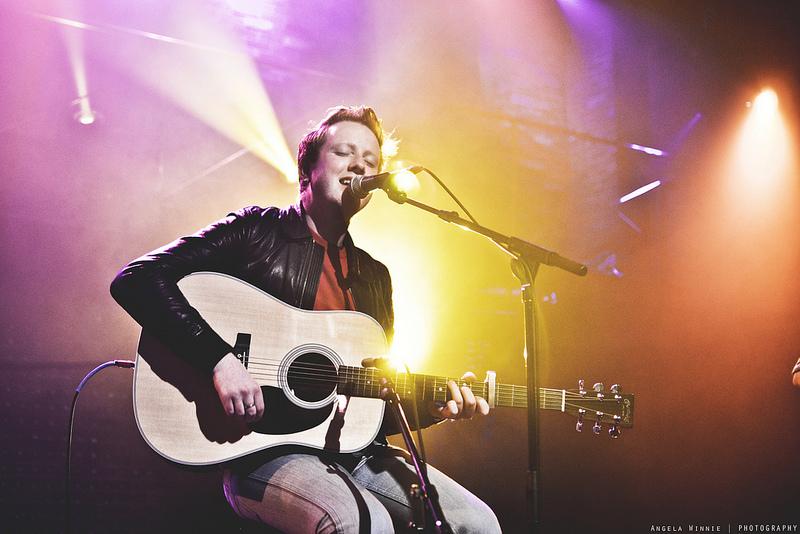 The chandelier shook as the vibrations sent shivers down the spines of those lucky enough to attend the Two Door Cinema Club Concert on Oct. 21. The band from Northern Ireland followed an energetic opening played by New York natives, St. Lucia and Friends.

A line began to form at the Crystal Ballroom around five o’clock, and eager fans stood in the brisk autumn weather awaiting their favorite band’s performance. The crowd grew quickly, as this was TDCC’s first performance in Portland in nearly two years. Those two years proved to be a growing period for TDCC, since then they have released two albums and various singles, creating a large presence in the indie culture.

Their performance was that of lights and color. They kept a two-tone strobe light at the back of the stage that seemed to flash you into another dimension as they began with “Sleep Alone,” the upbeat, leading single of their new album ‘Beacon.’ The cheering crowd stayed animated throughout the band’s set.

After an abrupt halt, the three quirky band members sauntered off the stage in a silent exit. A stunned audience immediately began an encore chant that was met by a suspenseful passing of time. After what seemed like an eternity of begging and cheering, TDCC jumped back on the stage more spirited than before and let their classic stand-by’s blast out of the speakers. The crowd jumped with amazement as “Undercover Martyn” and “What You Know” closed the awe inspiring performance. Needless to say, every fan skipped out of The Crystal Ballroom satisfied with the amazing concert just witnessed. An eager crowd of admirers patiently waits for the next opportunity to see the unforgettable performance of Two Door Cinema Club.