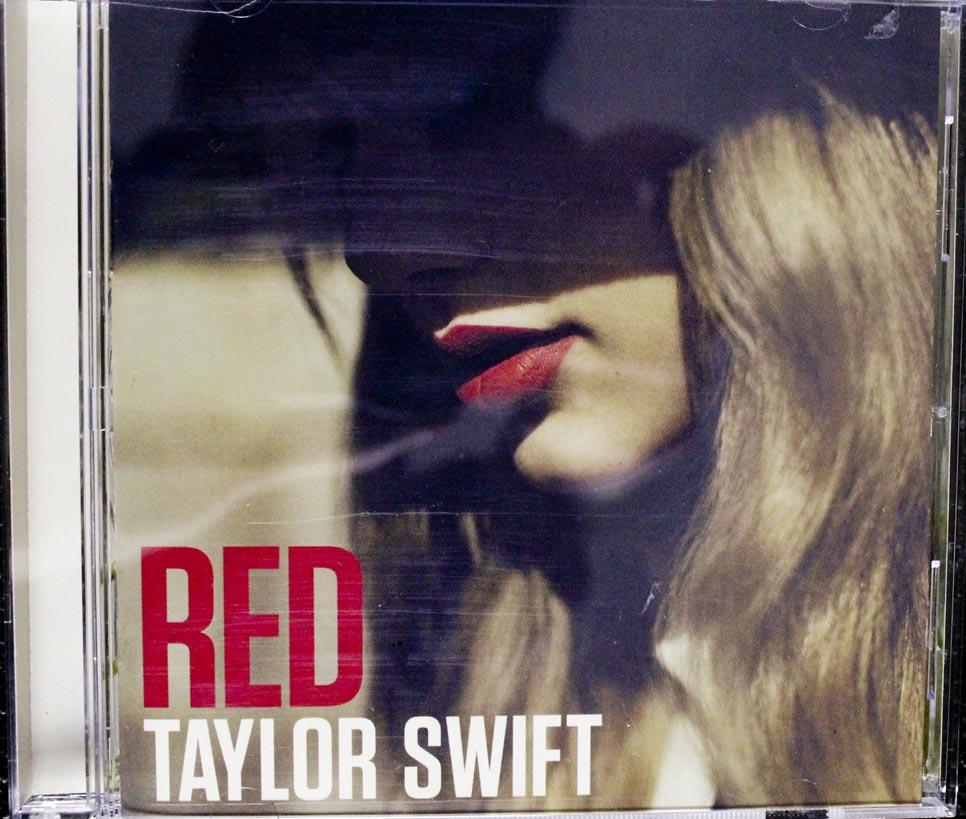 From country cutie to pop princess, world renowned artist Taylor Swift has astonished fans with her new taste in music. And this time, she’s come with a brand new album, “Red,” that’s set out to paint the world in its color. Following “Speak Now,” her third studio album released in 2010, “Red” mixes the old-fashioned country rhythms and the beats of mainstream genres such as dubstep.

Swift had previously released promotional singles from her album. These singles were (in order) “We Are Never Ever Getting Back Together,” “Begin Again,” “Red,” “I Knew You Were Trouble” and “State of Grace.” Arguably, Swift released her some of her best songs as singles. These songs gave a taste of exactly what the album would have to offer, musically.

While the artist hasn’t fully changed genres in the music industry, she throws in a couple pop songs. Undoubtedly, they are all catchy and have the “party” themed rhythm. “We Are Never Ever Getting Back Together,” a particularly upbeat song rumored to be about a certain celebrity, was released as the first summer single. Admittedly, the catchy song is the perfect song for car rides with friends. But don’t hang on to it too long, because the catchiness will hook like Carly Rae Jepsen’s “Call Me Maybe” did, and it will never ever go away.

But despite Swift’s genre switches, she retains many of her famous country-pop rhythms in this album. “Red” contains the guitar rhythms that Swift’s past albums had. With reverberation–a persistence of sound in a particular space after the original sound is produced–similar to that of the rock band, U2, “State of Grace” takes the audience back to Swift’s previous musical style. The title song, “Red,” consists of a consistent drum beat that hooks listeners in to tune in to the rest of the song. It’s reminiscent of her previous songs like “Sparks Fly.” Swift’s other songs with the same country-pop rhythm do not fail to satisfy listeners with such expectations.

No Taylor Swift album is complete without one or two depressing songs that call for a box of tissues. Soft guitar melodies, rhythmic cello solos and light mixtures of keyboard make up the album’s saddest songs such as “All Too Well” and “Sad Beautiful Tragic.” These extensive songs are genius musical sequels to some of Swift’s love stories told from her albums “Fearless” and “Speak Now,” particularly the songs “Forever and Always” and “Last Kiss.” Pointing out a certain Joe Jonas and John Mayer, Swift’s diary-like verses pull out the most intricate details from her past and translate them into a compilation of bittersweet melodies and connective pathos.

After two years of respite from “Speak Now,” Swift has returned with an ingenious new album, ready to strike the hearts of boys and girls all over the world. These songs are no accident; Swift’s lyrics are the truths of her past and her feelings. Burdened with a glorious purpose to speak her mind and unafraid to let her life’s worth of diary entries spill out, Swift has once again spoken out. Armed with a red paintbrush, “Red” is meant to color the world with love.