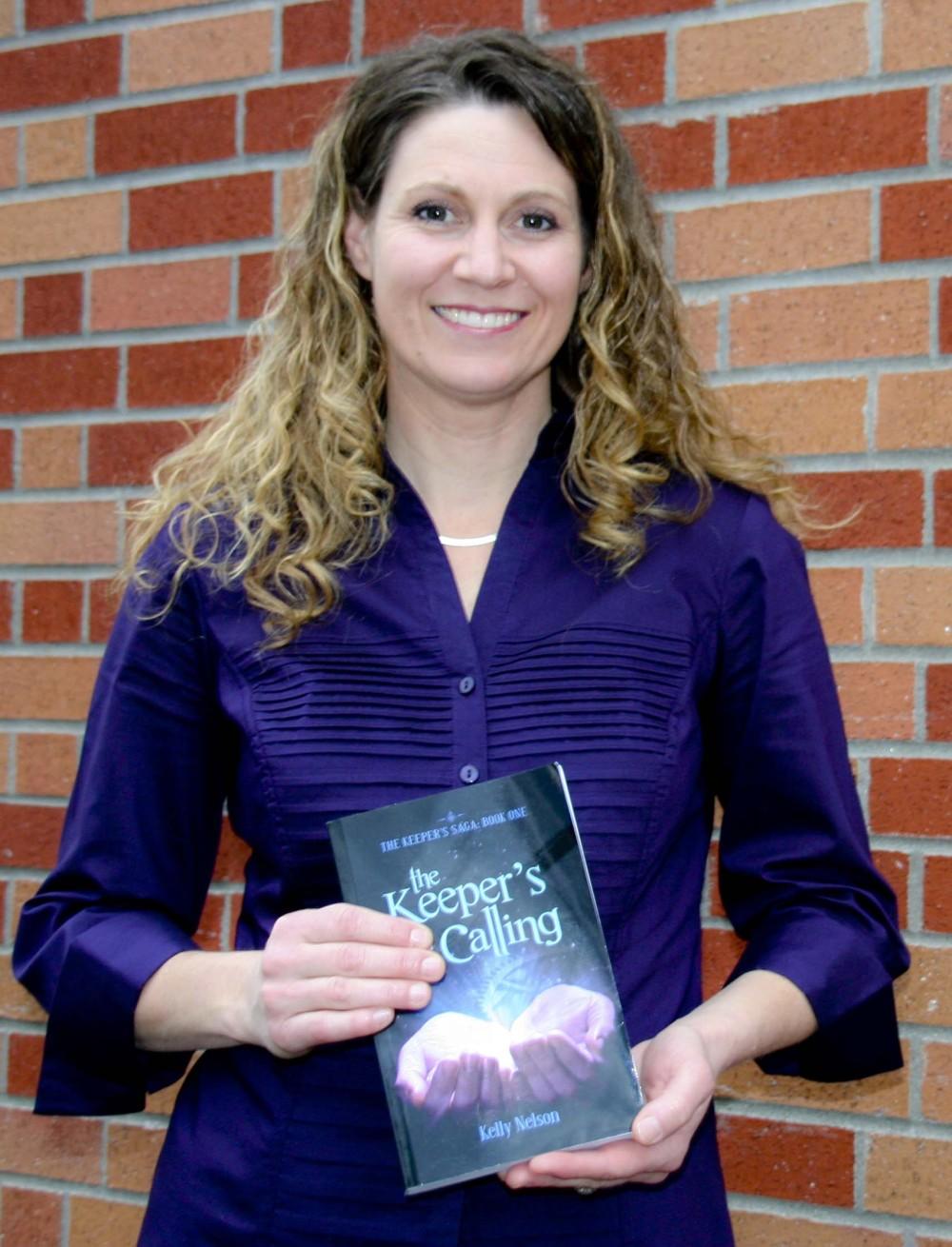 Time travel—many of us  wish it was possible. What if it was? In the book “The Keepers Calling” by local Oregon author Kelly Nelson, it is entirely possible. Of course, you have to be the keeper of the counter in order to do so.

Now what is exactly is a counter and a keeper? A counter is a pocket watch-looking device with three buttons, a globe with dials  and an odometer.  A keeper is the one who obtains the counter and the counter only works for the keeper.

Chase Harper expected to have a normal senior year at Hillsboro High school until he found a counter on a trip with his family to Zion National Park in Utah. Finding the counter in the cave  in between the rocks, “It look ancient and pocked with rust. ..a soiled piece of leather lay at the bottom….Prying it open sent a tarnished gold object tumbling in my hand… The top flipped open when I pressed it….An eerie light with a bluish tint emanated from within.” (12)

Not realizing he had traveled back in time, Chase explored his new surroundings. Coming across Vaqueros Chase, he came across a beautiful teenage girl, who is later introduced as Ellen Elizabeth Williams (Ellie). Ellie and Chase started a time conflict because Ellie was from 1863 and Chase was from 2011. They both never thought the would “fall in love’’ and fight for their life because others know of the counter.

Nelson who began writing The Keeper Saga in the summer of 2007. It started with a daydream, while traveling with her own family to Zion. She toyed with the idea of a teenage boy finding a time travel device and his adventures once he found one.

“I enjoy the concept of time travel myself and always dreamt about writing a book about time travel,” Nelson said.

Nelson waited an entire year before actually starting to write the book. She started to write as if it played in her mind like her own mini-movie, completing the entire series in one year.

“ I wrote a lot of the book on intuition,” Nelson said.

I would give the book an A, because I love any book with an adventure. Also I have always wanted to time travel myself, and when I finished the book I thought to myself “I want a counter!” This book is a wonderful read for anyone who is looking for a fun adventure.

All three books are  scheduled to be published by the end of the school year. The second in the saga is to coming out sometime in November and will continue the many adventures of Chase and Ellie. The book is called “The Keeper’s Quest” In the spring of 2013, “The Keeper’s Defiance” debuts. “The Keepers Calling” book can be found on Amazon, the Wilsonville Costco, www.bn.com and www.deserestbook.com.