The Strokes return with “Comedown Machine” 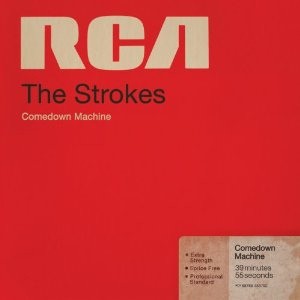 In the early 2000’s The Strokes burst out of the New York garage rock scene with the hugely successful album “Is This It” (2000), which led many people to believe that The Strokes may become one of the defining bands of the generation. Unfortunately, due to egos and outside criticism, The Strokes will almost definitely never record an album that can eclipse its early career peak of “Is This It.”

The Strokes’s new album, “Comedown Machine,” which was released March 26, is full of hits and misses. When heard as a whole, the album takes shape and becomes more meaningful, yet there are too many weak moments for it to be considered a strong album.

Certain songs of “Comedown Machine” feel like they could fit onto “Is This It,” or even “Room on Fire” (2003), which will please long-time Strokes fans. The lead single, “All the Time,” is the strongest on the album which delivers a catchy chorus and “50/50” is another classic sounding Strokes song with  a lot of energy and guitar which creates an almost punk rock vibe.

The album opens with “Tap Out,” which has a very similar feeling to “Machu Picchu,” the leadoff track of “Angles” (2011). The digital guitar effects and vocals of singer Julian Casablancas provide a glimpse as to what the Strokes may sound like if they transitioned into a pop band.

The weakest track on the album is without question “One Way Trigger,” which sounds better tailored to an anime soundtrack than a Strokes album. “Trigger” finds Casablancas delivering notes in an unconvincing falsetto on top of an irritating synthesizer riff. Many songs on this album contain synthesizers which just have not yet been properly incorporated into the sound of The Strokes.

As a whole, the best songs on the album are the more guitar-oriented songs and the calm synthesizer songs can be skipped or outright avoided altogether. There is a wide variety of sounds on this album, ranging from a 1940’s style ballad to the modern repetitive synthesizer riff; not all are successful.

The Strokes are a band that has  been repeatedly criticized for its constantly changing sound. For the most part, all five of its albums have a different style about it, so fans must expect evolution and experimentation. This is still the same band it was at the beginning, but now they have evolved and are more dedicated to trying new sounds than relying on the guitar driven garage rock style that helped them climb to notoriety. This album deserves a listen for fans who have known the Strokes for a long time, but is accessible enough for new fans to grasp onto. It is worthy of a B- grade, but nothing more.

As of now, the band has not scheduled any live shows in support of the album. Following the release of “Angles,” there was rumored to be a world tour which turned into only a handful of shows, so do not count on the Strokes touring with this album.

“Comedown Machine” is available through iTunes and Amazon for $9.99, as well as through local music stores for about $12.99.