Even with a rockstar cast, “The Counselor” is mediocre at best

The movie fails to incorporate a well written plot and causes confusion for the viewer. 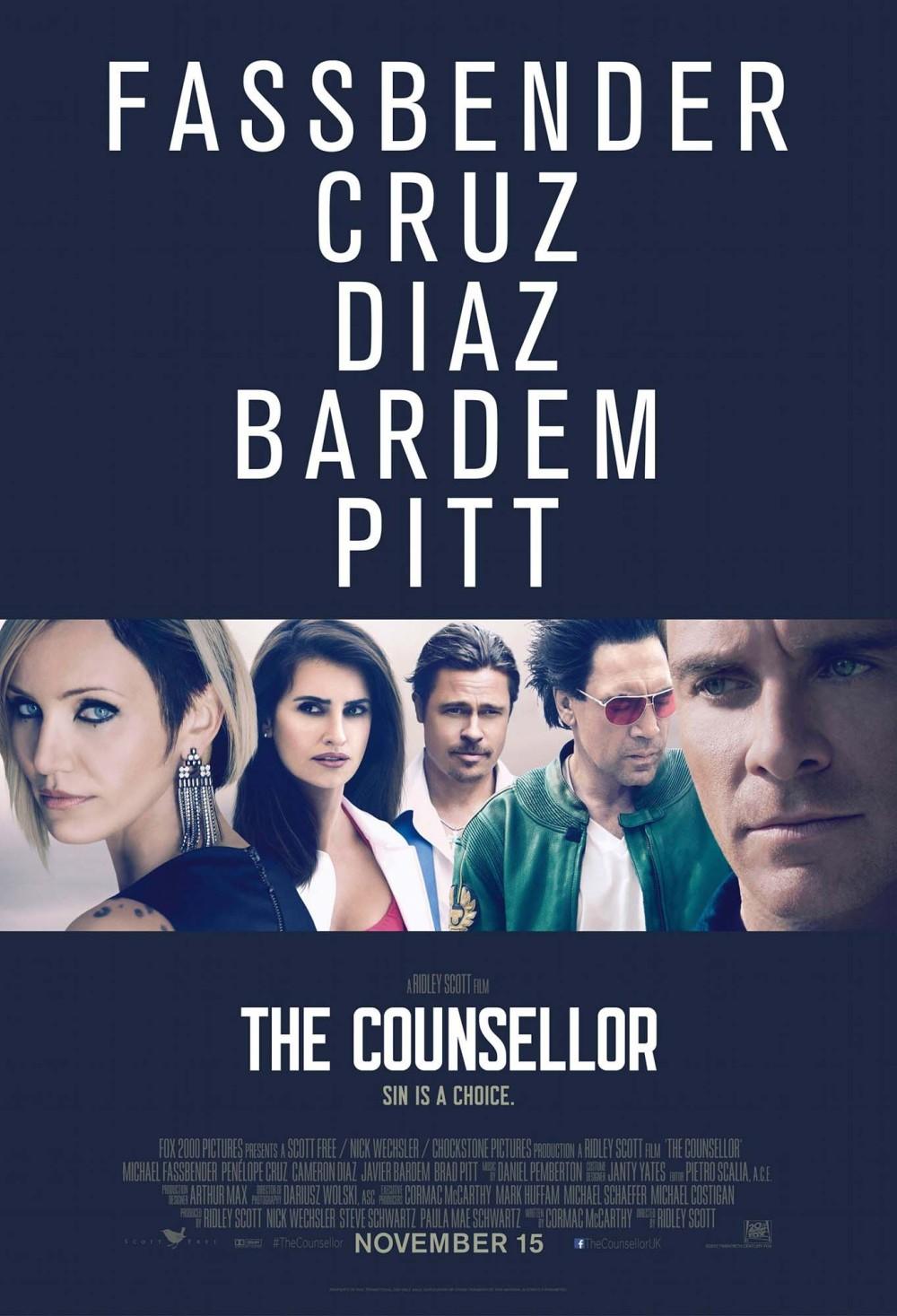 The movie featured a rock star cast but failed to entertain. This was a result of lack of character description and a confusing plot. The plot was confusing because it jumped from one setting to another.

“The Counselor,” a suspenseful thriller with a rock star cast and writing crew, is very confusing. The film stars Michael Fassbender as a big shot, unnamed lawyer only referred to as the counselor.  Fassbender portrays a character that supposedly has it all.  However, he wants more and puts at risk the love of his life Laura, (Penelope Cruz), whom he has just asked to marry him.  The counselor entangles himself with a business proposition made by his mysterious friend Reiner (Javier Bardem), who the audience is not told much about.

Reiner offers the counselor a chance to invest in a shipment of cartel owned drugs going from Mexico to Chicago.  The counselor invests his money with Reiner and with another character named Westray (Brad Pitt). The deal goes wrong when a client of the counselor’s asks to bail her son out of jail.  The client’s son was involved with transporting the shipment and when he ends up dead, the drugs vanish and the cartel pins the disappearance on the investors.

The plot is very confusing throughout and introduces characters without explanation, leaving the viewer to make inferences.  For example, there is no background given on Reiner.  The viewers are unaware of his career and how he came to be involved with drug trafficking. More of a problem, this is also true for the other characters. Overall, the acting in the movie was sensational and relatively hard to pull off due to long lectures from each of the characters and the lack of scene and character description.

The script in the play had some very strong points.  It often featured humorous yet explicit lines delivered by Bardem.  It also included lots of symbolism and foreshadowing.   For example, certain methods of killing motioned in the beginning of the film alluded to more than one of the characters’ deaths.  This made his or her death more suspenseful and even scary at times. But, the script also had many weak points. A plot that jumped back and forth and which made the story hard to follow was the most obvious one.  As a result of the lack of character description and a confusing plot, I would give this film a solid C.  It did have some strong points such as the acting, use of foreshadowing, symbolism and humor.  The setting was another strong point and there was some fantastic cinematography. I would recommend waiting to see this film on DVD.

This film is rated R for 17+ for the following violence, sexual content, language, and drugs and alcohol.