“Into the Woods” opens tonight 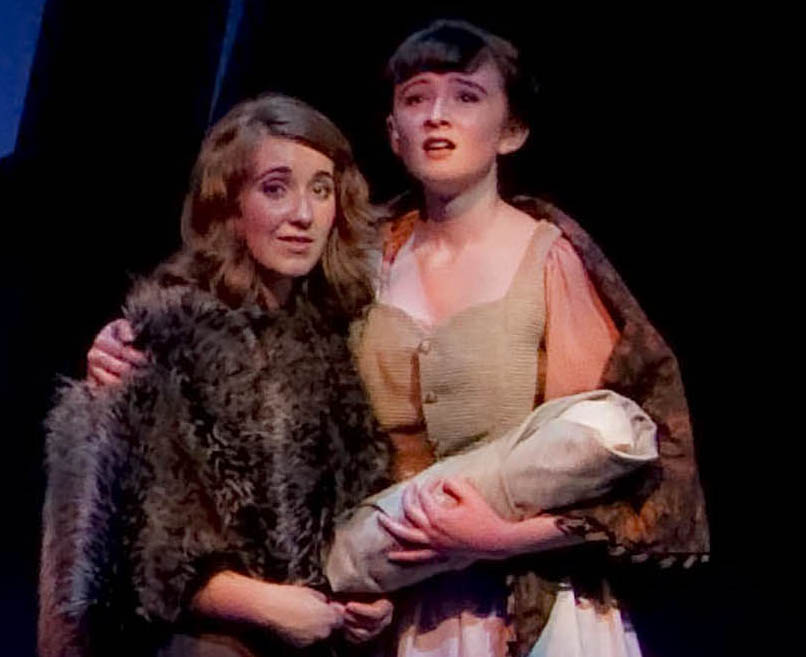 “Into the Woods,” a musical which tells the story of several fairy tales but with a twist, opens its performance tonight at 7 p.m. in the auditorium. The production, which showcases student’s acting abilities will have six different performances over the next two weekends.

The musical explores endings to common stories such as “Little Red Riding Hood” and “Cinderella” and questions if the happily ever after that the characters search for is really all they ever wanted. “It is a complicated, sophisticated show that shows off the talent of our students” said Jon Ares, director of the musical.

To prepare for the upcoming performances, the 24 actors and actresses have rehearsed two and a half hours, five days a week. During this time, they have worked intensively on both the vocal and staging aspects of the show.

Ares, as well as a vocal director, Kaeli Porter and choreographer Robert Head, run the rehearsals. Kevin Egan contributes by directing the pit orchestra. Grace O’Malley, a professional costume designer, is also part of the team. Ares also does most of the design for the musical, while the construction of the set is accomplished by the students themselves. They are also responsible for props, costumes, makeup, and lighting.

After weeks of practice, the play is in its final stages of being put together. This has meant multiple dress rehearsals for the cast, which incorporate all the costumes and adds in the pit orchestra.

“The dress rehearsals leading up to the performance are hard work and tiring, but a lot of fun. I think all of our hard work will pay off and that opening night will be awesome!” said Katie Jones, freshman actress in the play.