With a confusing plot the competition maybe over. 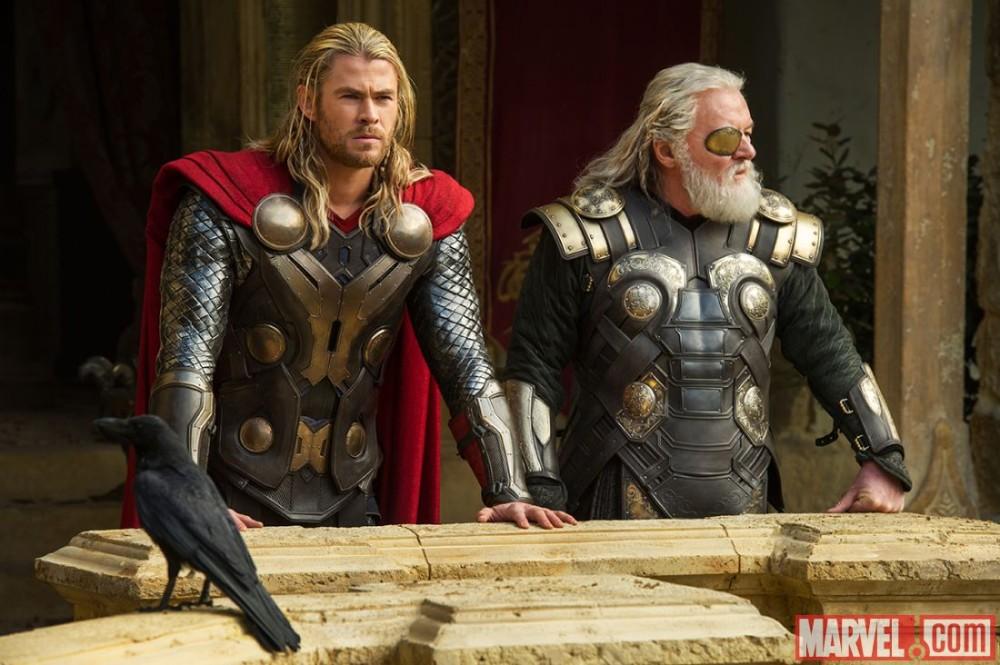 Before the light there was darkness in “Thor the Dark World.”Malekith (Christopher Eccleston) is the ruler of the Dark Elves.  The Dark Elves thrive on darkness and are suffering in the light. Malekith hopes to reunite his people with the dark by plunging the universe back into its dark state. To destroy the light Malekith must wait for the nine realms of the universe to align perfectly and then he will release a weapon known as the Ether into the universe.

However, before he could do so the armies of Asgard led by Thor’s grandfather (Tony Curran) cast Malekith away and hid the Ether. 5000 years later, the next realignment of the nine realms occur and Jane Foster (Natalie Portman) falls through a porthole and is consumed by the Ether. Malekith senses the presence of the Ether and awakes from a deep sleep.  But, before he can claim the Ether, Thor (Chris Hemsworth) brings Foster back to Asgard.

The Ether will consume Foster. As a result, he seeks his recently jailed brother Loki‘s (Tom Hiddleston) help to escape Asgard in which his father, Odin (Anthony Hopkins), has locked down. Thor must defeat Malekith and save Foster from being consumed in the darkness.

The film stayed with the theme of being connected with  the Avengers. This made it enjoyable for the audience to make connections, such as the comedic appearance of Captain America and Loki being apart of the film.  Old characters from the previous Thor were also included, such as Eric Selvig (Stellan Skarsgard), who played the part of an astrophysicist who took part in some hilarious scenes during the most recent film.

The cinematography was amazing because there were many settings, which were all depicted in great detail.  The primary settings include Earth, Asgard and the planet of the Dark Elves.

Another highlight of the movie was some of the costumes that the actors were wearing, especially the Dark Elves.  The Dark Elves looked very horrifying and were extremely detailed.

Nevertheless, the movie did feature some confusing parts.  For example, towards the climax of the movie Foster is using tools that are not very well explained.  Also, the alignment of the nine realms was confusing as it was not explained. The hologram tricks in the movie which displayed a character being their when they are really else where.  Finally my least favorite part of the film was Loki.  It is beginning to become very annoying as he is always evident and keeps on coming back despite him dying or being imprisoned.  They should kill him off and bring in a new villain.

Overall, I would give this film a B- as it was very confusing in some parts, but it made up for that through the action and special effects.  I would recommend seeing this film on DVD.