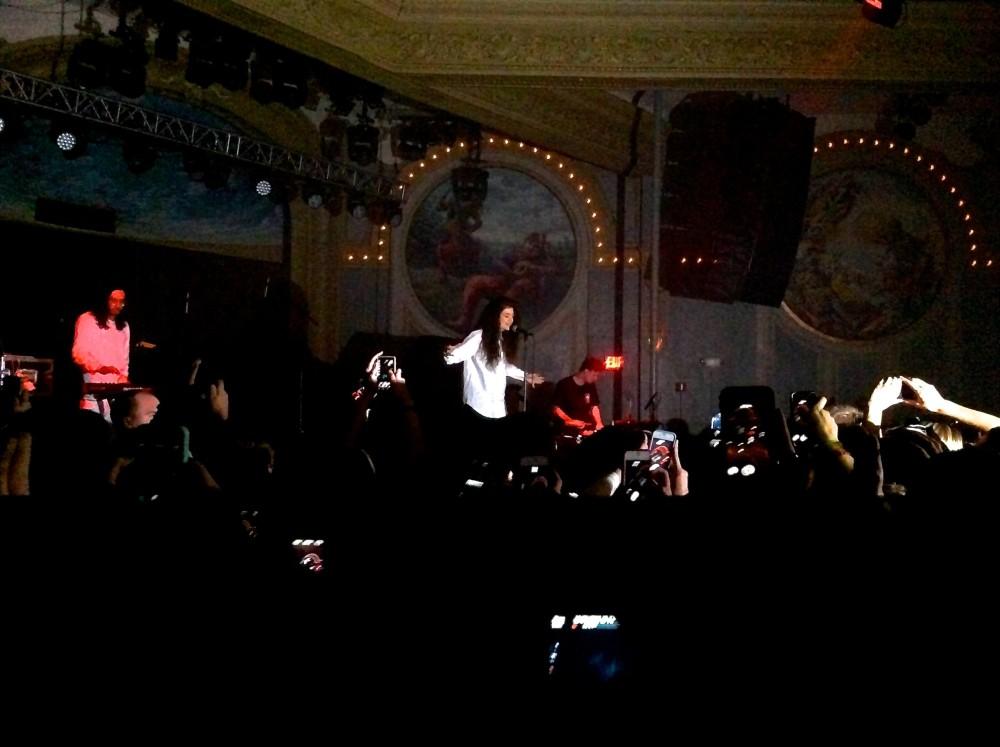 As I looked down the line outside the Crystal Ballroom on Dec. 4, all I could see were girls around 15 wearing combat boots and military jackets. In the bitter cold everyone was excitedly waiting to see the up and coming teenage icon, Lorde.

Lorde opened at 5 p.m., an unusually early, but convenient time. The doors opened exactly at 4 p.m. Although it was near freezing outside, it warmed up fast with people closely surrounding you. I ended up in the middle of the mosh pit, which gave me a handful of clear views of the stage. Thank goodness Lorde came on stage at the expected time because everyone there was becoming pretty grumpy and restless.

Once she was performing, her first time in Portland, everyone calmed down and was entranced. At only 17, Lorde is a true powerhouse. With her huge hair flips, clawed hands and intriguing voice, she showed what made people like her in the first place. As expected with any concerts today, the was base was rattling but it never overpowered her voice. She even did her best to dance to it. There was no opener or encore because she said she found them “disgusting.” Lorde only played for an hour. I was actually okay with it because I didn’t feel like being accidently groped for much longer.

For only $25, I was in a great spot to see the rising star in concert. I give Lorde a B-. She is an interesting performer and sang her alternative songs with good beats and hints of pop.