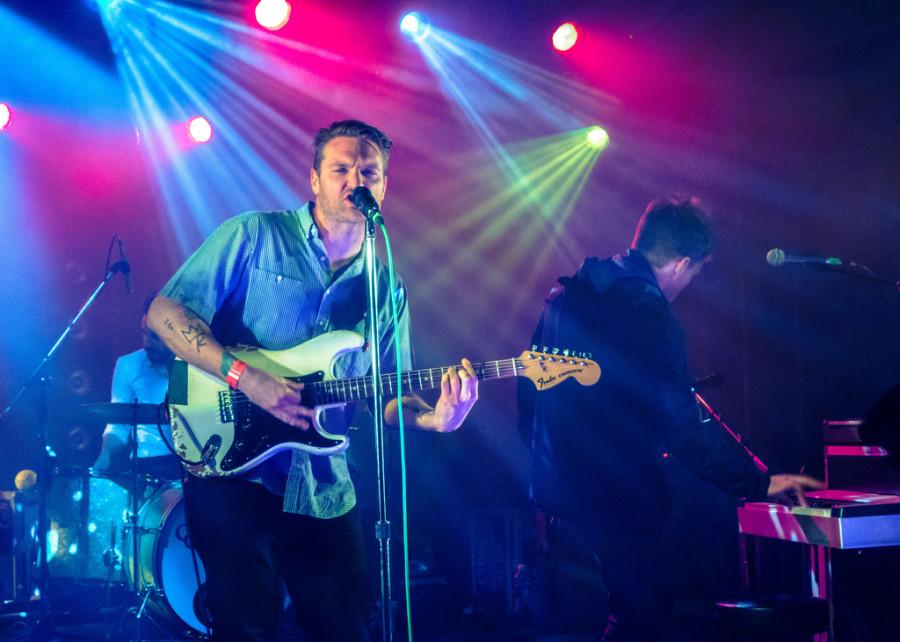 Since 2004, the “Cold War Kids” have never stopped showing their sophistication and rawness.

Through its influential lyrics, upbeat sound and rich singing by vocalist Nathan Willett, its taken control of the alternative genre and shown that indie rock isn’t just for angsty teenagers.

When I bought the $25 tickets for their concert at McMenamin’s Crystal Ballroom in Portland, I was stoked to see the strong, well versed band perform live. I was most looking forward to Willett’s soulful, gritty voice. His sound molds to both their uplifting lyrics and their deeply pensive songs with such a passionate quality that I couldn’t wait.

Despite all this build up, I was disappointed by their performance. Within the first half hour they had already played my favorite songs and then I became bored. At concerts, people should be jumping up and down, singing loudly and dancing unapologetically. There may have been one or two people doing this, but “Cold War Kids” were lacking the energy I so desperately wanted to see. They sounded pretty, but they also seemed burnt out from touring; rarely engaging the crowd, as if they weren’t really enjoying it.

My favorite part of the night was being able to meet the opening band, “Elliot Moss.” We left the “Cold War Kids” performance early and we were able to take a picture and chat with them. Before the bands started, we had dinner with the keyboardist of “Elliot Moss,” Noah Kellman, who is a family friend of the girl I went with. He was extremely nice and his band performed so well; their techno sound was alternative but not too obscure. Even live, they were able to express the cool music they create through various instruments and sound boards.

While I would give the “Cold War Kids” a low B, I would give the night an A. “Elliot Moss” was so wonderful on and off the stage that our night out in Portland was well worth it. Noah, waving at us from the stage before his performance, was definitely one of my crowning moments.