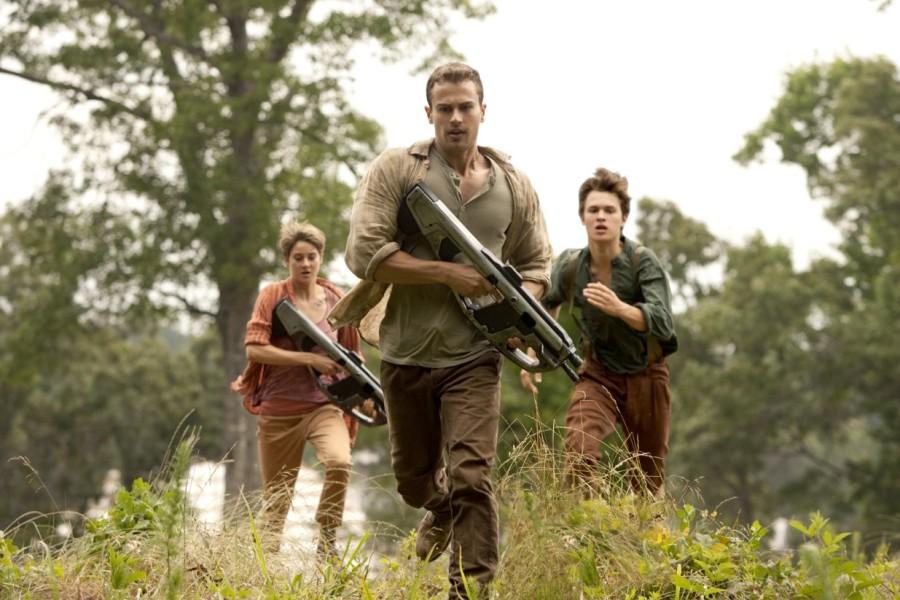 “Insurgent” was released March 20 and made $52.26 million in the opening weekend. The movie follows Tris Prior and Tobias “Four” Eaton trying to save their city from the harm of the faction system.

Since the dystopian trilogy, “Divergent,” by Veronica Roth was released in 2011, it has captured the nation with the books and the first movie of the franchise. The second movie, “Insurgent”, opened March 20 with a strong $52.26 million opening weekend. Shailene Woodley and Theo James play Tris Prior and Tobias “Four” Eaton, divergents who threaten the system by not fitting into a certain faction.

Being a fan of the book trilogy, I went to see the movie. I had seen the trailers and it appeared different from the books, which it was. Although the movie plot was different, it was a satisfactory book to movie transition.

“Insurgent” mainly deals with Prior’s struggle after the death of her parents and the death of her friend, Will, who she shot to save her and her mother’s life. Throughout the movie, she suffers from nightmares and flashbacks due to the guilt she feels over Will’s and her mother’s death. Eaton, Prior’s boyfriend, is trying to help her through the tough times by telling her it’s not her fault and that she had to shoot Will.

Woodley’s portrayal of Prior was strong. She captured how Prior feels throughout the book and gave life to the character. She was able to show the pain and anger of the deaths from “Divergent” that Prior feels. Woodley’s acting abilities were one of the highlights of the film.

I was upset with the fact that the movie was so different from the book. I highly enjoyed the book and thought its plot was really strong, so I did not like how different the book and movie were. The box that Jeanine finds and needs a specific divergent to unlock it was not from the book. It was confusing to people who had read the book because we didn’t know what the deal with the box was. Also, the character Uriah, played by Keiynan Lonsdale, was a larger character in the book and one of my favorites from the series. In the movie, he was given a few lines in one scene, which was upsetting because I enjoyed his character so much in the books. The movie plot was strong and well done, but the movie would have been better if it had been like the book.

“Insurgent” deals with a lot of dark and heavy material, but still had many parts or line that were laughable. Teller’s character, Peter, could always be counted on to make a mean, yet funny, joke. I was highly entertained by his character throughout the movie, even though he is portrayed as a villain character.

I give “Insurgent” a solid B because the acting in the movie was high quality, and although the plot was different from the book, it was well written and easy to follow. I enjoyed the film and will go to see the next two movies in the franchise.