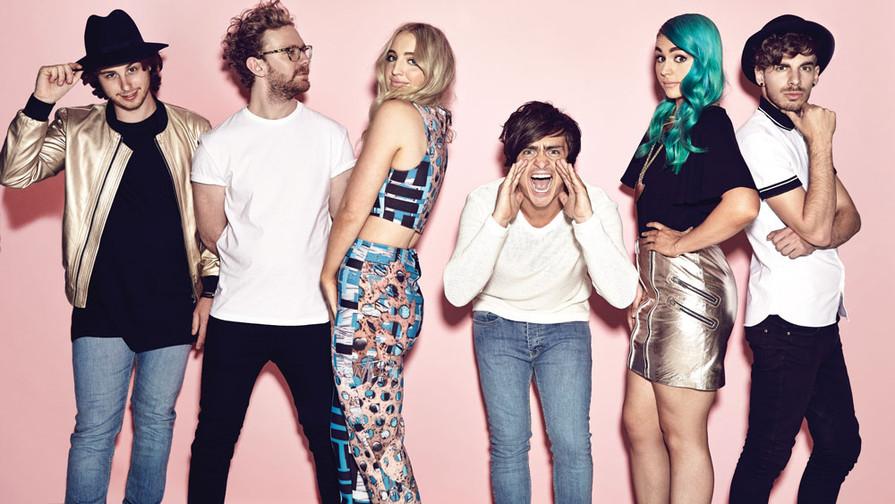 Sheppard’s new album “Bombs Away” was released on March 10. The album produced two top chart songs, “Geronimo” and “Let Me Down Easy.”

Sheppard is a family that brought its musical dream to reality. Originating in Australia, the band includes siblings George, Amy and Emma Sheppard. Their rise to fame started with their song “Geronimo” which knocked Pharrell Williams’ song “Happy” off the Australian top charts. The song was released on March 10, in the Sheppard’s new album “Bombs Away.”

Since I’m not a fan of indie, I found most of the album annoying. Every song sounded the same. There were a few songs on which Emma sang the main vocals and didn’t sound good at all. Her voice was high and offered little variation.  The lyrics she sang were bland and tasteless such “Let’s take a trip, back to the start When I was sitting all alone with half a heart.”

The smash hit “Geronimo” was catchy and the beat and sound go together well. It was the type of song that stuck in your head with the upbeat tune and fun lyrics. They were easy to remember and sing along to. It’s disappointing that the rest of the album could not follow the high starting point. As the album progressed, the the worse it became.

The song “Let Me Down Easy,” which was a breakthrough for the band in Australia wasn’t that good. The beginning of the song was cheesy because it repeated the phrase, “Let me down easy,” over and over again. You hear that phrase 16 times over the duration of the song.   The song was so repetitive that after a minute it was annoying.

Overall, I would give the album a C because it did produce two hit songs, “Geronimo” and “Let Me Down Easy,”  but the rest of the album did not support the hit.