“Poltergeist” grasps the film classic with little of its zest 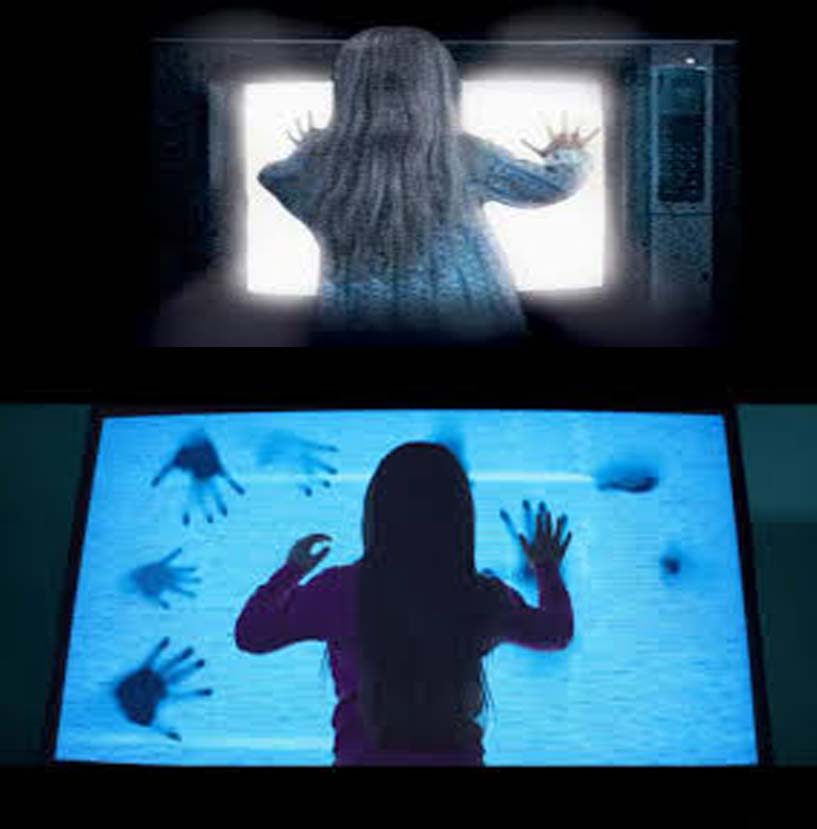 Released on May 22, “Poltergeist” features a well cast family that must save their daughter from the evil spirits within their new home. The remake nearly follows the 1982 version to a tee, despite its updated special effects and added scares. The new version doesn’t showcase the original narrative's alluring vision.

Talking TVs, possessed clowns and cursed burial grounds are both part of the 1982 cult-classic “Poltergeist” and the 2015 remake. While the new version brought lots of jump scares and a kind, undeserving family, it is by no means as memorable as the original.

People would think director Sam Raimi, creator of the Evil Dead series and director of the 2000’s Spiderman trilogy, would’ve created a few twists here and there to further develop the original, but this wasn’t the case. Most of the special effects used that weren’t available in the ‘80s were unnecessary. The mystery was part of the hype surrounding the original film. While Raimi is an esteemed horror filmmaker, it’s hard to create a movie on the scale of Steven Spielberg, who produced the 1982 version.

The epic music and climatic storyline, common in most of his films, warped the fright fest into a family drama. Since Raimi and the crew made the new movie a near replica of the last, they could have at least incorporated the poignant narrative created by Spielberg and Tobe Hooper, the director.

Like the older version, it followed a family of five as they move into a new housing development, fully equipped with cul-de-sacs and unmarked graves below their floors. After a couple weeks in their new abode, the daughter Maddie, played by Kennedi Clements, disappears after a night of terror. With the help of an Irish psychic, host of a ghosthunting show, the family works to rid their house of the poltergeist and retrieve their daughter. From the get-go there are startling scenes, mostly the ones featuring Maddie as she talks to invisible figures, but the majority of the shots and script were lacking innovation and often times imagination.

One of the most disappointing changes in the film was the depiction of the souls/poltergeists in solid form. Computers have the ability to capture almost any imagination, but all the makers did was design a classic brown skeleton with little wispy hairs. Even with its technological disadvantages, the 1982 film showed a creative ghost as large as a bedroom, with long arms and an unhinged jaw. Remakes should teach viewers more from the series and feature new twists, not make them wish they were watching the original.

The scenes of Maddie’s closet and the evil it brought had some of the only effects that were interesting. The dreamy lights dancing in the pitch black portal to the astral plane where the souls stay, did keep your eyes glued to the screen. The idea that these souls settle in another world while still being a vague part of reality was always captivating, even though it was recycled from the 1980’s version.

The other trait that translated well to the 2015 version was the theme of family. The parents, played by Rosemarie DeWitt and Sam Rockwell, both esteemed actors, sold the fear they had for their daughter very well. Some of their dialogue was corny but their need to push through the situation with bravery made the film worth something more than creepy ghosts.

The main hero in the film as well as her brother, Griffin, played by Kyle Catlett, unwillingly slept in the attic near the monstrous tree tapping on the skylight and unfortunately the murderous clown. Throughout the film we see him overcome challenges and act bravely, actions which ultimately save his little sister. Griffin’s development in “Poltergeist” was a pleasant deviation from other horror films.

I give “Poltergeist” a low B because the nostalgia and campiness from the original couldn’t be captured in the newer version, nor can it be captured in most horror film remakes. Filmmakers try so hard to push the envelope in gore and jump scares, that they often forget how classic scary movies affect the viewers. Long climaxes with a slow build up of creepy occurrences, constant unnerving scenes and an ending with an intense exorcism, death or bleak cliffhanger. Audiences love stories of perseverance, especially with the added appreciation for the worlds beyond, or even below us. Let’s hope writers and directors don’t lose touch of this ever-evolving genre.