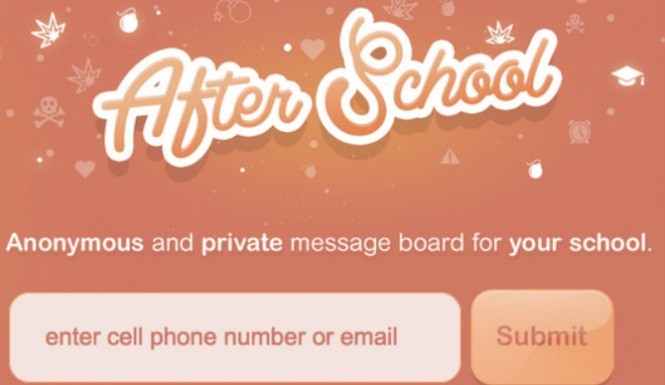 “After School” is a new iPhone and Android app that has gained popularity in West Linn High School.

A new iPhone and Android app called “After School” has hit West Linn and countless students have already become enthralled. This apps allows anyone to post anonymously about anything and can easily be a gateway for people who want to spread rumors or cyberbully.

Other apps silimar to this one, “Yik Yak” and “Ask.Fm” let people write annonymusly back and forth have been banned on school wifi. However, “After school” has yet to be banned from school wifi.

When first entering the app, I noticed the entire thing was filled with backhanded compliments and strange confessions. Although it was at first exciting and new, this app quickly made me bored and I deleted shortly after. It is a cool idea to have a message board for your school but it is too problematic to have an anonymous forum at a high school.

“I’m pretty sure the majority of the things on ‘After School’ are fake,” Sabrina Scanlon, junior said. “The app is getting boring really fast and people are going to start being mean on it so I don’t want to be part of it.” Scanlon said. Scanlon downloaded the app after hearing her friends talking about it at lunch.

“At first it seemed super fun being able to be anonymous but it’s really just girls posting things to get compliments and people complaining about teachers,” Scanlon said.

After searching the app online I finally found the official website for the “After School” app. The website states that it does not support hurtful language on its app. If they feel so strongly about there not being bullying or harassment over the app, maybe they should start by editing what people can post and the words they can use. Although the “Gossip Girl”  type of anonymous posting of West Linn High School is entertaining, I think “After School” won’t be around for very much longer.