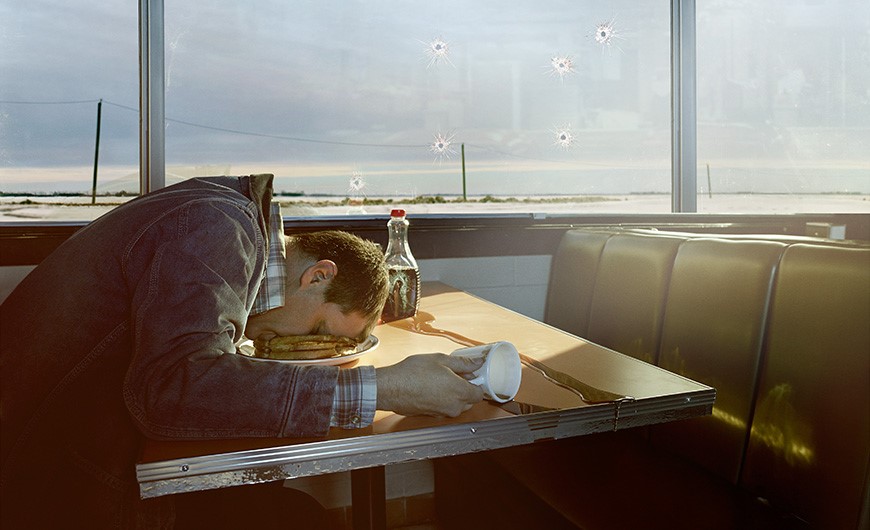 Despite the endless crime dramas on TV, FX’s “Fargo” goes beyond the classic murder story. With a perfect mix of 1970s style, over the top characters and deeply interwoven storylines, the adaptation of the 1996 film brings new surprises every episode. Tune in Mon. at 10 p.m.

The newest season of “Fargo” never fully loses it roots in the morbid crime comedy that Joel and Ethan Coen created nearly 20 years ago and for that, we should be grateful. The series, which aired on Oct. 12 on FX, is written by Noah Hawley, he pulls elements from the Coen brother’s delightfully gruesome story that translates perfectly on screen. This adaptation is again set in the bone-chilling Midwest, with the perfect combination of nostalgia and modern filming styles.

While TV show and film remakes often lack originality, the FX show breaks through this expectation and it never loses hold of its bleak undertones or chaotic plotlines. Every scene is shot and acted with care giving indication to the audience that every detail will contribute to the climax of the 10 episode season.

As the hour long episode begins with indie actor, Kieran Culkin driving a low riding Buick with fuzzy dice, it’s easy to assume it takes place in the 1970s. The bell bottoms, feathered hair and typewriters are as elaborate as the diabolical criminals including Culkin’s character, Rye Gerhardt and his royal mob family.

Besides details, the audience should be aware that at any point in the show, characters will be killed and it won’t be pretty. Much like the famous woodchipper scene within the 1996 film, “Fargo” doesn’t shy away from gore.

While it’s a given that any revamp of the cult story will feature hitmen, killing sprees and police investigations, the driving force of “Fargo” goes far beyond recycled crime stories. Much like the Coen brothers do in most of their films, “Fargo” hones in on the consequences of our decisions and the absurdity of our actions, during hardships in our lives.

To execute these deep issues on screen, the makers of “Fargo” enlisted both big name actors and talented underdogs. Patrick Wilson who starred in “Insidious” and “The Conjuring” plays Lou Solverson, family man and head detective on the murder case, while Kirsten Dunst, who starred in “Spiderman” and “Marie Antoinette,” plays an obedient housewife and accidental criminal.

“Fargo’s” success has sustained over the last 20 years because of its distinct dark style and absurd but often relatable characters. To see what plot-twisting crimes unfold on screen tune into “Fargo” Mondays at 10 p.m. on FX.