The six episode event excites fans, but causes a desire for more Mulder and Scully 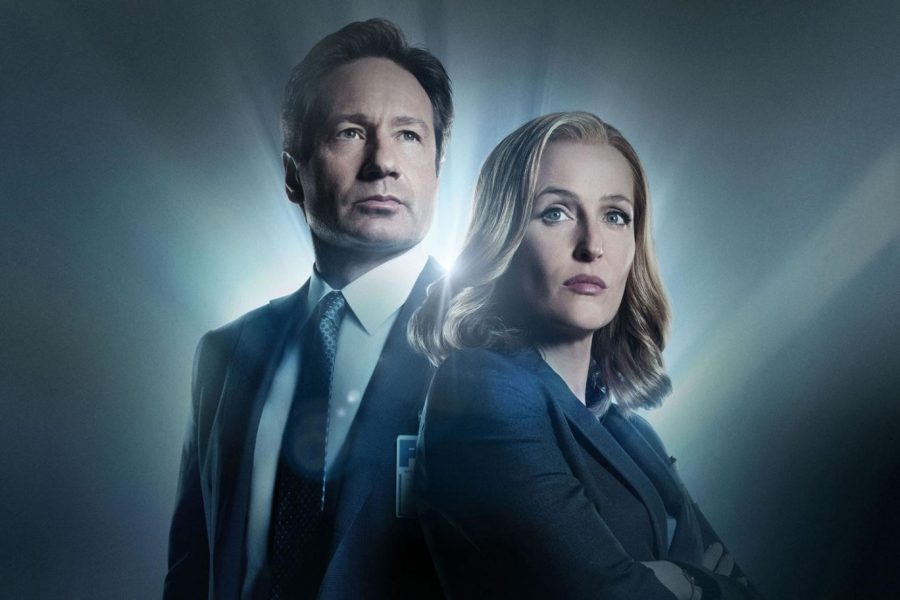 The beloved series, “The X-Files,” came back into the lives of “X-Philes” for a six episode event that began Jan. 24 on FOX. David Duchovny and Gillian Anderson reprised their roles as Agent Fox Mulder and Agent Dana Scully, on their quest to uncover the truth of an alien conspiracy in the U.S government.
The first episode, “My Struggle,” opens with Scully working as a medical doctor, no longer a part of the FBI. She is soon contacted by Mulder claiming a possible extension to the work they did for X-Files pertaining to the possibility that alien abductions were actually organized by the government. The abductions would leave the abductees with alien DNA for reasons involving a possible alien takeover, starting with America.
Unfortunately, the middle four episodes were not entirely related to the plot of the alien takeover. They were all decent episodes full of the weird, confusing feelings that lingered after every episode of the original series. The third episode, “Mulder & Scully Meet the Were-Monster,” was meant more for comic relief, rather than add to the alien storyline.
The finale, ‘My Struggle II,” was not one of the strongest conclusions. Since it was the finale, people had high expectations for it, a possible reconciliation between Scully and Mulder or the stop to the alien takeover, and it did not live up to them.
The episode centered around an alien virus epidemic that was meant to wipe out the entire population, beginning in Washington D.C. Scully spends most of the episode trying to find a cure or vaccine, as she is luckily immune to the virus. Mulder is on the run for most of the episode, trying to find the infamous Cigarette Smoking Man, played by William B. Davis, looking for a way to stop the virus from eradicating the entire global population.
The finale, ending on a huge cliff-hanger, leaves hints about a possible return for an important character and about a possible new season or movie.
Being a fan of the original series, I was excited to see Scully and Mulder back in action, hunting down paranormal cases. I was not disappointed by the new series. It was fun to see the show in 2016 instead of the 1990s with all the new technology and new fashion. Scully and Mulder still had the same personality, maybe a bit more mature. Mulder still had the crazy conspiracy theories and Scully remained skeptical.
The only thing that disappointed me in the series was that it did not focus around the alien conspiracy plotline as much as I would have liked. The alien plotline episodes were always the best in the original series, due to the intensity and story behind them, and I was hoping for more episodes like that.
I would give the season of six episodes a B. It was a satisfying revival and had some solid episodes, but was not strong as I had wanted. It also ended on a cliff-hanger, leaving a lot of loose ends to tie up, which was kind of frustrating.