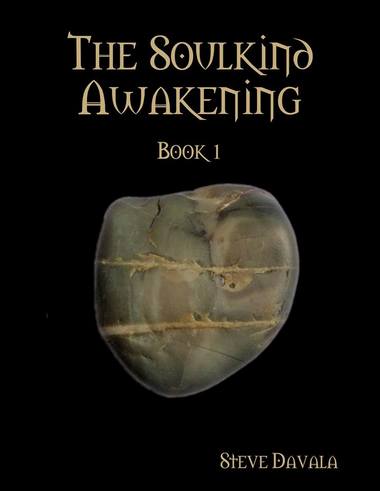 During school hours, Steve Davala is most likely found grading papers or helping students balance chemistry equations. It wouldn’t be too difficult to imagine, however, that Davala’s interests extend beyond science and into the supernatural – the walls of the chemistry teacher’s classrooms are plastered with posters of Middle-Earth, the Star Wars cast, and one especially impressive portrait of Yoda. Every Thursday, the Star Wars Club meets in his room to watch and discuss the series.

“My interest in the fantasy world definitely started when Star Wars first released. I was a kid and that really opened my eyes, like woahhh, there’s this whole other world,” Davala said.

It was years later, in college, that Davala realized he could transform this interest in the fantasy world into stories of his own.

“Some friends of mine were taking a creative writing class, and I thought why would you do that, that’s not practical. Then I thought about it some more and realized, why not? If anyone else can write then so can I,” Davala said.

He began by composing short stories and quickly turned to developing ideas for longer books.

“As soon as I tapped into that story-telling, fantasy side of my brain, it started to flow,” Davala said.

Although the task of writing a novel seemed daunting at first, Davala began with an idea: that magic had returned to the world, and a group of young adults had to navigate all that came with it, for better or worse. Thus, The SoulKind Awakening series was born.

“I thought about my favorite books to read and tried to emulate that kind of style, with my own twist,” Davala said. SoulKind Awakening is fast-paced and dialogue focused, more like a young adult novel than a dense narrative the likes of The Hobbit. For now, Davala plans to complete three novels in the series, though he would be open to extending the trilogy.

“I’ll see where the story goes. If it ends up needing a fourth book I would be open to that,” he said.
Outside of fiction writing, Davala also writes simple science articles for parenting magazines around the country, such as MetroFamily in Oklahoma and Orlando Family Magazine. It may seem impossible for a man as busy as Davala — betweening teaching, grading and planning for five classes– to find so much time to write. However, he repeats the phrase that has become a mantra for writers across the world, “If you love something, you will find time for it. It’s that simple.”

The SoulKind Awakening is available for free download on Kindle, or for $10.00 paperback version on Amazon.