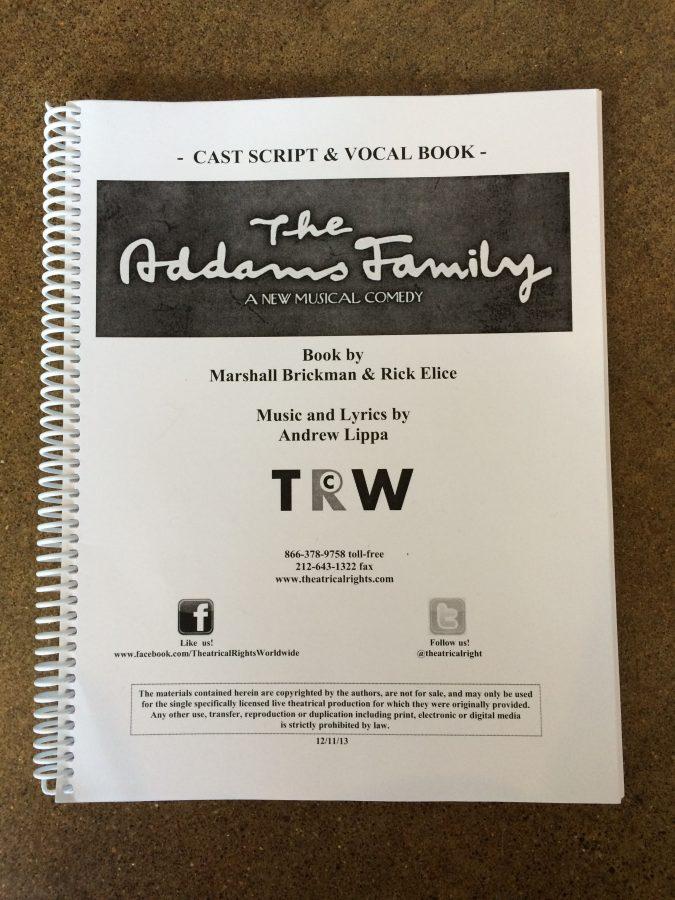 “The Addams Family” is this year’s fall musical, and the cast is already underway with rehearsals. Opening night will be Nov. 3 in the Performing Arts Center.

With musicals such as “Oklahoma!,” “The Music Man” and “The Sound of Music,” WLHS is looking to continue its tradition of performing musicals that stole the Broadway stage with a production of “The Addams Family.”

Annie Kaiser, performing arts and leadership director, has been involved with the theater program for 12 years, although this is her first year directing the musical and she is excited to step away from performing “period shows,” a show set in a certain period of history, and instead perform a more modern show.

“The Addams Family” will follow the romance between Wednesday Addams, the daughter of the eclectic Morticia and Gomez Addams played by Audrey Lipsey, freshman, and Lucas Beineke, the son of the supposedly normal Alice and Mal Beineke played by Matthew Lewis, junior. Seeking marriage, the young couple tentatively sets up a family dinner at the Addams house where the Beineke family is suddenly wrapped up in the not so normal life of the Addams family.

“It’s really about the bonds between couples, the bonds within a family and love superseding any differences people might have,” Kaiser said.

Since the musical is all about family, there will definitely be some touching moments mixed in with the typical quick and funny style of the Addams family.

“The cast started crying because of songs,” Kaiser said. “It was sweet to see them that moved by the songs.”

Auditions were held last week, and now the cast will start two months of preparation. Everyday after school rehearsal is held, and on weekends, work parties will be held to help construct sets and costumes, coming together on opening night: Thurs., Nov. 3.