‘Beauty and the Beast’ dazzles, but falls short 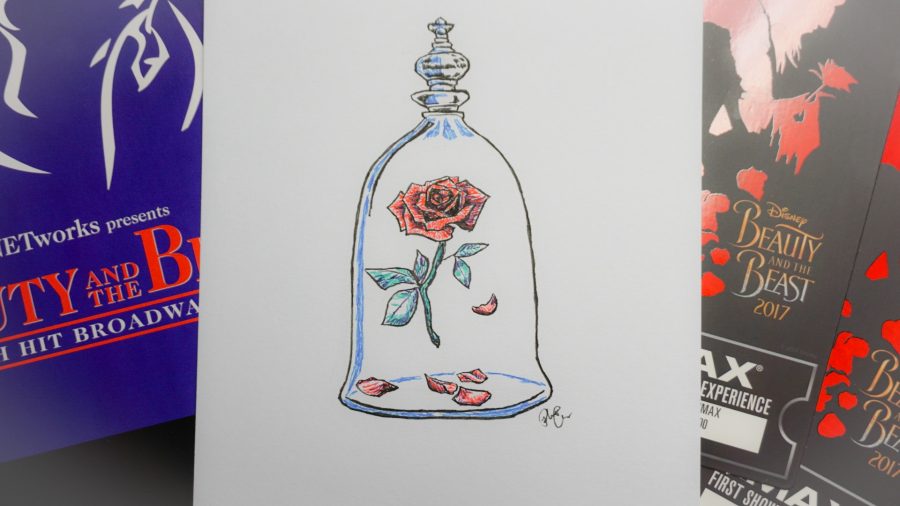 The French fairy tale "La Belle et la Bete" was first written in 1740 by Gabrielle-Suzanne Barbot de Villeneuve. In 1756, Jeanne-Marie Leprince de Beaumont published an abridged version of that, which Disney adapted for their 1991 film. Disney also ran a live musical production of "Beauty and the Beast" on Broadway from 1994 to 2007.

The tale as old as time has been re-imagined once again.

“Beauty and the Beast” stars Emma Watson as Belle, the provincial town girl who learns to love the lonesome Beast, portrayed by Dan Stevens, after being taken as his prisoner. Luke Evans plays Gaston, the burly hunter who tries to marry Belle with the help of Josh Gad’s amusing LeFou. The film also stars Kevin Kline as Belle’s father Maurice, and Ewan McGregor, Ian McKellen and Emma Thompson as the servants-turned-antiques Lumiere, Cogsworth and Mrs. Potts.

“Beauty and the Beast,” like the original movie and its Broadway adaptation, is an exciting, visual spectacle. Scenes of CG silverware and furniture still manage to be beautiful and engaging. The level of detail in the enchanted servants and Belle’s dresses is stunning. The choreography, colorful costumes and dynamic dancing breathes new life into each song. Fans can expect to be dazzled by McGregor’s performance of “Be Our Guest” and moved by Thompson’s take on “Beauty and the Beast.”

The actors all delivered solid performances. Evans’ is surprisingly funny and charming as Gaston, as is Gad’s LeFou. Watson and Stevens, of whom neither have ever done a musical, perform well. Watson captures Belle’s charm and ambition. Unfortunately, she does not have a singing voice as rich as Paige O’Hara’s in the original film. There were many moments when supporting actors left Watson in the dust. Broadway veteran Audra McDonald, who merely plays a singing wardrobe, blew me away with her operatic voice.

Compared to Disney’s recent “Cinderella” and “Jungle Book” adaptations, which exceeded my expectations, “Beauty and the Beast” fell a little short. Many transitions between song to scene do not flow smoothly. After several songs, the screen just cuts to black. This makes the songs feel out of place. Musical numbers should be part of the film and its flow, not a detour.

“Beauty and the Beast” also elaborated on the whereabouts of Belle’s mother, who was not present in the original movie. While this anecdote could have given the film more emotional substance, it failed to impact the plot at all. The animated film and the Broadway musical still worked wonderfully without the extra information.

This film also made more diverse casting choices. As opposed to the original, in which everyone is white, Plumette and Madame Garderobe were played by African-Americans (Gugu Mbatha-Raw and Audra McDonald, respectively). Both actresses delivered great performances.

Controversy was garnered for the film’s inclusion a gay character. In an interview with Attitude magazine, director Condon claimed that “Beauty and the Beast” would be the first Disney film to feature an “exclusively gay scene,” referring to Gad’s LeFou. However, despite the headlines, there was hardly a scene at all. LeFou did not come across as “explicitly gay” except for a two-second shot at the end of the film. Disney had the chance to create a well-rounded representative for the gay community, but LeFou’s sexuality is not much more than a joke.

Condon’s “Beauty and the Beast” is not the best movie musical, but it’s a respectable retelling of a dramatic narrative. The sets, costumes and choreography are gorgeous. The actors give good performances. Despite some flaws, the film is an enjoyable theater experience that Disney fans will surely enjoy.