The Garden flourishes in aftermath of new album 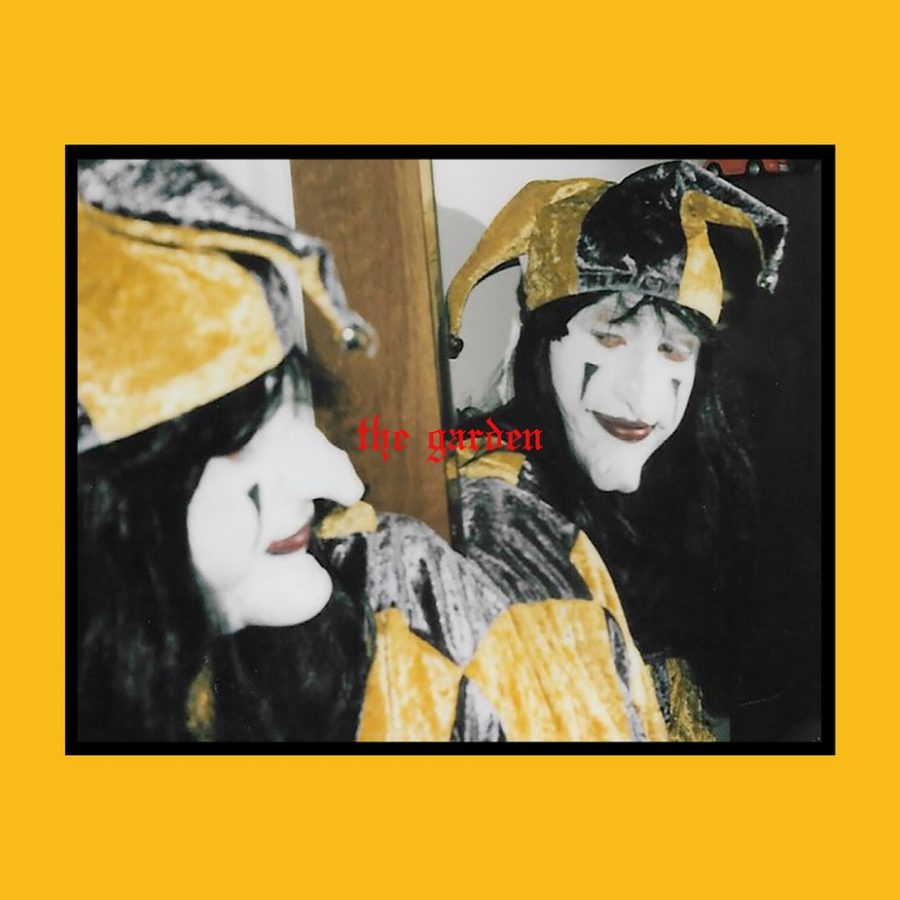 The Garden’s famous icon Joker makes an appearance on the cover of this album “Mirror Meet Your Charm”. The darkness of the image contrasts the yellow, bright background acting as a sort of symbol for their music’s contrasting sounds.

Strong, loud, and emblazoned, The Garden’s new 12 song album is coming in hot with another smashing amount of fast-paced tunes. Small, underground band The Garden, finally released their well awaited album “Mirror Might Steal Your Charm” and while the band may not be a name well known, the duo has amassed a fairly significant following to their unusually compelling music.

Grungy and sort of scary, the pair of brothers Wyatt and Fletcher Shears started creating music in 2011. Whether it be individual pieces by the brothers like “Enjoy” a separate project by Wyatt, “Puzzle”, a project by Fletcher, or touring and working with other artists, the artistic flare of The Garden is wide spreading and always intriguing.

The band’s individuality finds itself in their brand, creating a carefully crafted image that highlights their unabashed personal creativity. On their website, they even cite a phrase that they developed to describe their art termed “Vada Vada”. This term serves to embody their music and other creations surrounding it. Calling it something that “represents total freedom of expression without boundaries or guidelines of any sort” on their website, it’s clear The Garden is its own experimental entity.

This new release of explosive songs showcases their unconventional sound. In tracks like “Stylish Spit” and “Banana Peel” where the song’s surf goth beats seem to fit perfectly imperfectly into the songs vocals and spooky sounding synths, the song’s are almost so incohesive that they work. The Garden’s tracks thrive in this niche sound and the boys are finding themselves with a larger audience than initially expected.

Working in an almost confusing way, using layers of synth but simple beats, the music comes across as something unlike any other. Not to mention their speedy and almost rap-like vocals charging their work and lyrics that make no immediate sense, these traits contribute to the enigma of The Garden’s body of work. Changing around constantly track by track, there are not enough words in the english language to explain exactly what The Garden is creating. But there is no doubt that whatever it is they’re doing, they’re doing it well.

Always on the road touring and releasing and creating music, the twins crazy attitudes and equally as wild music seek out those who dare to be different. Their hypnotic lo-fi songs command a confusing type of buzz and “Mirror Might Steal Your Charm” is no exception.

Check out The Garden’s album “Mirror Might Steal Your Charm” as well as the rest of their crazy music for streaming on their Spotify and for purchase on their iTunes and Bandcamp.