A year of representation

American media full of Asians in 2018 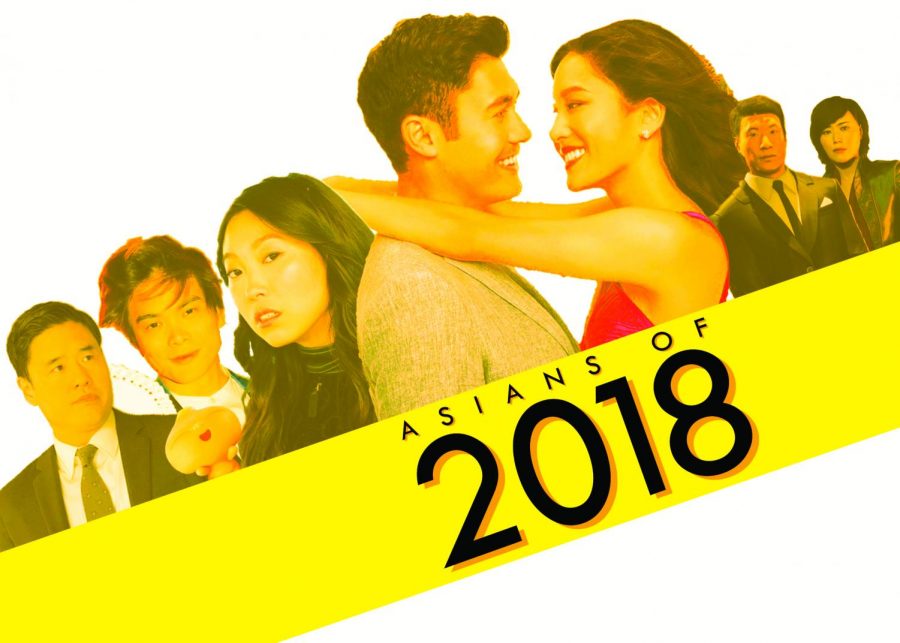 2018 was a huge year for Asian representation in American media. As a Taiwanese-American, it was inspiring to see so many Asian-Americans succeed in so many different places. Here are the moments that brought me the most joy this year.

Sony’s latest web-slinging video game, now PlayStation’s fastest selling, gives gamers control of Peter Parker as he battles iconic villains across New York City. The game features two Asian-American characters: Yuri Watanabe and Martin Li, voiced by Tara Platt and Stephen Oyoung, respectively. Both are badass, strong characters that play important roles in the story. They receive unique characterization that doesn’t feel token or stereotypical. It feels like an overdue gift; when was the last time you saw an Asian character next to Spider-Man?

The superhero films that dominate the box office have a lot: action, romance, robots, aliens. But there aren’t many Asians. The latest Marvel film, “Ant-Man and the Wasp,” welcomed Randall Park. Park, known for “The Interview” and “Fresh Off the Boat,” served as an FBI agent assigned to watch Paul Rudd. Park and Rudd have great chemistry together, providing for lighthearted comedy. Park also delivers some jokes in a brief appearance as Dr. Stephen Shin in DC’s “Aquaman.” Hopefully, we’ll see more of Park and other Asians in future superhero movies.

One of the world’s biggest reality TV shows, “AGT,” features singers, dancers, acrobats and a wide array of acts. American-Canadian magician Shin Lim took the show’s grand prize in September. As an amateur Asian magician myself, I had been a fan of Lim’s since his appearance on the show “Penn and Teller: Fool Us,” and it was a delight to see him win. Lim’s card magic is elegant and stupefying. Lim’s charm also earned him the honor of being named one of People’s Sexiest Men Alive, a title few Asians enjoy.

I hadn’t heard of Awkwafina until last year. The rapper and actor appeared in 2018’s “Ocean’s 8” and “Crazy Rich Asians.” Awkwafina stole the spotlight in both of these films, proving her comedic charm. She also served as host of Saturday Night Live in October. Awkwafina played a street-dance battler, an Egyptian makeup artist, a contestant on a magicians’ dating show and more. Awkwafina is only the second Asian woman to have hosted SNL in the show’s 44 years on air. Awkwafina emphasized the moment’s significance in a heartfelt monologue about how she came to 30 Rock to see the last Asian woman to host, Lucy Liu, in 2000.

The animated short “Bao,” presented in theaters before Pixar’s “Incredibles 2,” is the first of Pixar’s 35 shorts to be directed by a woman. It follows a Chinese mother who cares for a living dumpling as her son, full of the heart-wrenching twists that Pixar delivers so well. It’s a universal story about love and family told though elements of Chinese culture. It’s refreshing to see my favorite foods in American media. “Bao” is less than eight minutes long, but it brought tears to my eyes.

1. Everything about “Crazy Rich Asians.”

The film adaptation of Kevin Kwan’s novel is the first Hollywood film with an all-Asian cast in 25 years. The cultural significance of this was not ignored by director Jon M. Chu or any of the film’s stars. On top of its representation, the film also delivers exciting music, glamor, humor and romance in a memorable theatrical experience. We get Asian characters who are fully developed leads, and every cast member kills their role. In the most beautiful wedding scene I’ve seen on screen, Kina Grannis shares a lovely cover of “Can’t Help Falling in Love.” Katherine Ho delivers a wonderful Mandarin rendition of Coldplay’s “Yellow” in the film’s climax, which made me cry. I saw “Crazy Rich Asians” twice in theaters, once with a friend, and again with my family. This film will have a lasting impact on the industry.

These are the moments that had me thinking about my identity in a new light. America has never been this accepting of Asian-American stories, so I’m thankful that 2018 made this all possible. The future holds some promise too: Jon M. Chu has plans to direct the sequel to “Crazy Rich Asians,” Comedy Central announced a 10-episode show for Awkwafina, and Disney will release a live-action “Mulan” in 2020. These stories have gone untold for too long, but there’s demand for them now. We need representation.