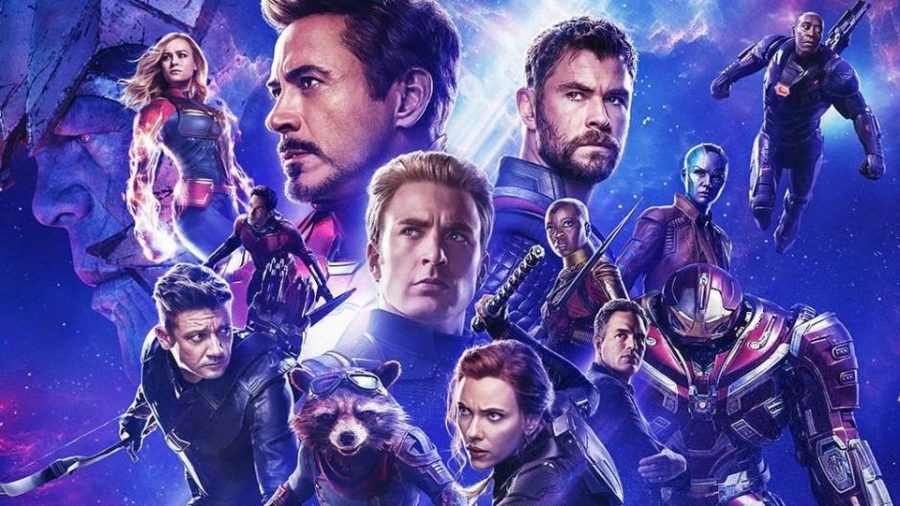 “Avengers: Endgame” is perhaps the greatest superhero film ever made, and also one marred with a few severe problems that would kill the quality of many other films.

“Endgame” features massive payoffs to the characters who we have invested our time into for the past decade’s worth of superhero movies, especially the main trio of the Marvel Cinematic Universe, in Iron Man, Captain America and Thor. While also giving new starting points for the heroes who remain and return in “Endgame” like Rocket Racoon, Valkyrie and Spider-Man.

The film is an emotional and action packed rollercoaster that fails at very few points. But when it fails, it really takes a hit.

Black Widow and Hawkeye travel to Vorimir for the Soul Stone, but in order to obtain it, one of them must sacrifice themselves, as the price is a “Soul for a Soul”. After a well choreographed scuffle neither one agrees on who should die, Black Widow finally convinces the equally poorly written Hawkeye to let her make the sacrifice, and he fulfills her wish, letting her fall to her death.

And with that, Black Widow’s story is over.

It’s an underwhelming decision, and is handled poorly, with characters who have known her for years in universe, spend little time mourning, and don’t even host a funeral for her. The most we get is the Hulk throwing a bench into a lake in anger, which makes very little sense given that the Hulk was built up as being her love interest in the last two Avengers movies. It would make more sense for him to be angry at Hawkeye for letting her make the sacrifice, and he would be the most determined to give her a proper burial. Or as proper a burial as they can get because her body is shown in a closing shot to the scene, and never again.

One of the MCU’s longest running characters, poorly written as she was, is just disregarded and left behind. Worst of all is it happens when she was finally getting interesting and shaking off the poor writing from “Avengers: Age of Ultron.”

What’s worse is that the role Hawkeye plays in the final battle of the film is so basic and non-specific to his abilities, it really makes the viewer wonder just why he wasn’t the one to die, especially given how about 10 minutes after Hawkeye’s last major action, the female heroes of the MCU join together for one big group shot. Why not keep her around then?

It’s a real shame that Black Widow is killed here, mainly because “Endgame” gives Widow what is until her death the best story she’s had in the MCU. Not saying it’s a story on par with the stories of Captain America, Thor, Iron Man, Nebula or even the just beginning story of Captain Marvel. It’s just one of her stronger stories, though something tells me that she will be back at some point for more than just the in development solo film.

Easily the second biggest problem is how the film seems to struggle to fully give a satisfying ending to every character who either reaches the end of their entire story like Iron Man or Captain America, and balance out the new beginning for characters like Thor.

While Iron Man’s death in the final minutes of the film works tremendously well and fully closes what is easily the best portrayal of a superhero in the MCU, Captain America’s ending, while it does also provide such closure, feels like a disregard for his own values.

In his ending he goes and returns the items taken from the past to bring back those lost at the end of “Infinity War,” and he chooses to make his final stop in the forties to live out his life with Peggy Carter.

The issue with that is that Steve Rogers has been built as a character who wouldn’t do that. Peggy continued her life after she got over the presumed death of Rogers, married a different man and even had kids. While it is a satisfying ending to Rogers’ story, the decision is hard to enjoy wholesale given the details about Carter’s life and Rogers’ character that we know.

It’s a strange dichotomy between being both satisfying, and out of character, but also to a point where it raises the question of weather Rogers was justified to prioritize his happiness for what is probably the first time in the MCU.

However, the things that don’t work fail to seriously detract the movie’s quality. The film is itself a spectacle like no other, and both ends the stories of beloved characters and gives the ones that remain an interesting starting point.

The film spends it’s 3 hours building on the themes of failure and loss, providing a poignant and loving tribute to 10 years of films. It balances out an appropriate level of fan-service without being too overblown. Unlike some films, “Endgame” realizes that fan-service works at it’s best when it is not overblown, and can also serve a plot purpose. For example, easily my personal favorite example of fan-service in the movie is Captain America finally getting to use Mjolnir, a plot point Captain America fans have expected since 2015 in “Age of Ultron.”

However, Mjolnir was destroyed in “Thor: Ragnarok.” So as part of the plan to use time travel to recover older versions of the Infinity Stones, when Thor and Rocket stop in at Asgard to recover the Reality Stone, he also makes an effort to summon the existing version of Mjolnir to him. He does this however, for a real reason to help his character arc.

Throughout “Endgame,” Thor has fallen into a depression over his failure to stop Thanos before he wiped out half of the universe and has lost most of his confidence in his own ability to do good things. However, when Mjolnir, a weapon which will only let itself be used by those who are worthy of its power is called on, the hammer doesn’t hesitate when it returns to Thor. This makes him realize that he still is worthy of it, and shows the start of his recovery from his depression. Granted his depression is glossed over after that point in the movie, but will probably continue to be used when he shows up in future MCU movies.

Later in the movie, Thor is knocked down causing him to drop the hammer and he is almost killed by Thanos, before Captain America summons Mjolnir and distracts Thanos from killing Thor. He then has a fight with Thanos on his own using just his shield and Mjolnir.

The recovery of Mjolnir is both important to the plot in multiple significant ways, and acts as entertaining fan-service.

That use of Mjolnir, is fan service done right. Not over blown, not there just to be fan service, but as a genuine tool to move the story forward in interesting and satisfying ways.

Seeing Thor smile as he realizes he still has worth despite his failure is one of the most uplifting moments in the movie, and all of superhero movies.

Captain America’s story is, while flawed in its conclusion, still immensely satisfying, and Chris Evans does his best work as Captain America since “The Winter Soldier” in 2014. In the final act of the movie, after Thanos shatters Captain America’s shield in combat, and Rogers is at his lowest. But despite that and the mounting odds against him, he rises again and stands firmly, giving what feels like a silent version of his famous speech from the Infinity Gauntlet storyline in the comics.

But easily the two best characters in the movie are Iron Man, who is given a beautiful send off by Robert Downey Jr., and Nebula played by Karen Gillian.

It cannot be understated just how iconic, memorable and consistently great Downey’s performances have been in the MCU. Over 11 years he has built up easily a performance that fits well among other iconic superhero portrayals like Christopher Reeves’ Superman, or Heath Ledgers’ Joker. His role in Endgame, is perhaps his best work as Iron Man yet, and is a fitting send off, to the man who started this journey.

Gillian keeps up the quality of her performance from her last two appearances in the MCU, and “Endgame” gives her a fantastic place for her story to continue in future movies.

“Avengers: Endgame” is not a perfect movie by any stretch of the word, but it is one of the most important films of the last decade, and on it’s own merit is a fantastic movie that feels like direct opposition to the statement that superhero films cannot be more than simple mindless action movies.

“Avengers: Endgame” gets four and half stars, out of five.