The irony of ‘Richard Jewell’

A look into how Hollywood portrays women working in media 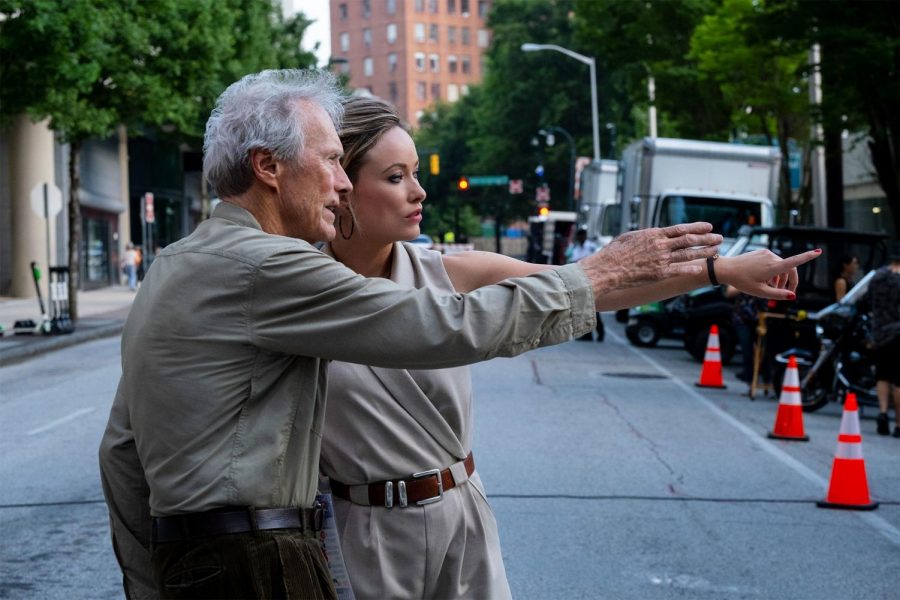 On the set of "Richard Jewell," Olivia Wilde and Clint Eastwood.

Clint Eastwood and Warner Brothers are under fire for the defamation of the deceased journalist, Kathy Scruggs, in Eastwood’s newest film. On Dec. 13, 2019, “Richard Jewell” hit the big screen. The movie covers the portrayal of wrongfully accused security guard Richard Jewell, who alerted the authorities of a bomb present in Centennial Park at the 1996 Summer Olympics, which has been controversial for years.

Since the Atlanta Journal began creating headlines such as “FBI suspects ‘hero’ guard may have planted bomb”, his name has been negatively linked to the case, even after the charges against him were exonerated, and the real perpetrator was found guilty. Eastwood’s new movie seemingly curbs this controversy, giving the late Jewell the correct title of “Hero.”

Their portrayal of Scruggs, however, does the opposite. In a scene, she trades sex for information regarding the case to fictional F.B.I. Agent, Tom Shaw. There is no evidence regarding Scruggs ever engaging in such acts, and although it can be assumed the film takes creative liberties, it addresses a more significant issue and ironic statement within the movie. The film has an underlying theme of justice, which is made clear multiple times through Jewell’s insistence of his innocence, as well as the supporting characters.

It’s interesting that this same concept of “innocent until proven guilty” was not applied to Scruggs or her professional integrity as a journalist. Too often have we seen this trope of women reporters in movies and TV shows using sex to gain information, creating a harmful and untrue stereotype of female reporters. As we’ve seen from Josie Geller in “Never been kissed,” Zoe Barnes in “House of Cards,” Amy in “Trainwreck,” to name a few, Hollywood has a way of repeatedly sending this message.

In truth, female journalists are already struggling in a male-dominated industry. In 2019, the Women’s Media Center reported that 59% of print news is written by men, while women write 41%. Combine this statistic with portraying female journalists as non-credible, and stigma rises, making this cliché more detrimental to female journalist’s careers. .

Nevertheless, when a writer creates a movie displaying a female reporter using sex rather than journalistic skill, it plays into the stereotype that women can only use sexual propositions to be successful