Must- reads for Febuary, and all year around to read black stories, experiences, and (further) educate yourself. 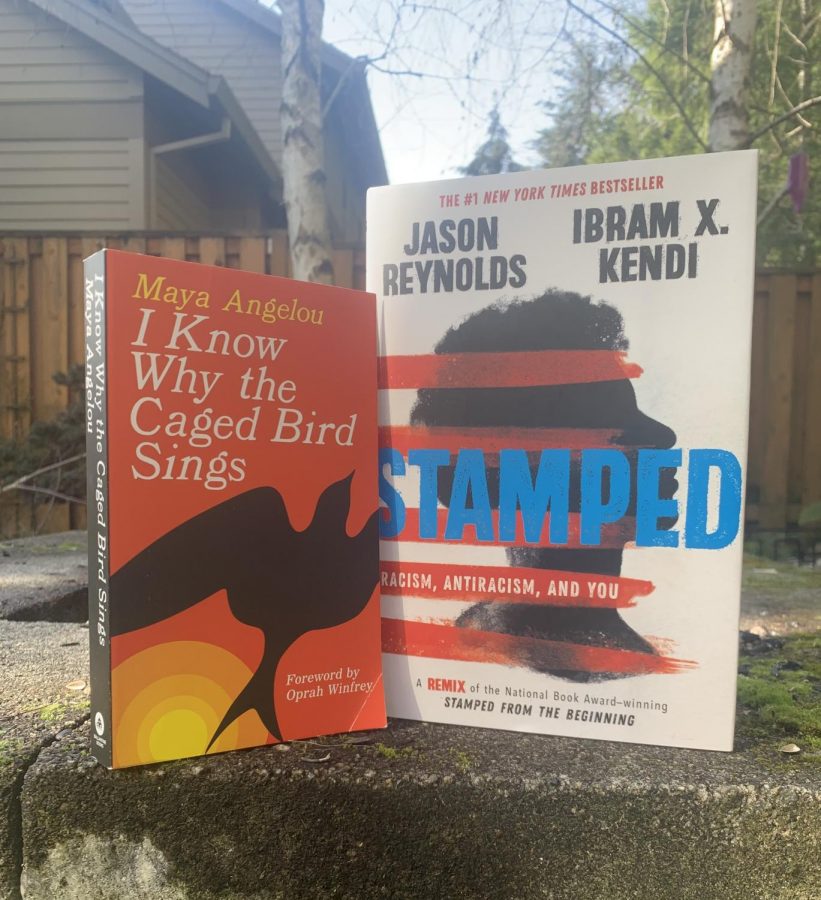 "I Know Why the Caged Bird Sings" by Maya Angelou and "Stamped" by Ibram X. Kendi and Jason Reynolds. Photo by Helena Erdahl

During Black History Month, it is an especially important time to learn more about black history, stories, and accomplishments that are often overlooked. These books are great recommendations to learn more accounts about incredibly influential African American figures, and stories that can expand your understanding of race in America.

When looking at history, we often only see glimpses into the lives of historical figures’ life, rather than any details on the lives of their family members. “The Three Mothers” by Anna Malaika Tubbs, fills this gap by describing the life and honors the women who raised Martin Luther King Jr, Malcolm X, and James Baldwin.

2. “The Selected Poems of Nikki Giovanni”

Nikki Giovanni is seen as one of the most celebrated, controversial, and influential poets of the 1960s civil rights era. This book has 150 poems, including her most famous works. When looking to educate yourself and honor black history month, reading Nikki Giovanni can be a way to widen your perspective and knowledge.

3.“The Bluest Eye” by Toni Morrison

This story tells the early life of a young African American girl, Pecola, living in Lorain, Ohio, following the Great Depression. This book discusses racist beauty standards and addresses the repercussions of racism in the United States.

4. “The Immortal Life of Henrietta Lacks” by Rebecca Skloot

Published in 2011, this nonfiction book describes the life of Henrietta Lacks and the racial politics and bioethics of the medical field. This book is important to the accreditation of black people for their contributions to science and tells the story of Lacks’ and how her contributions were taken without her consent, and without payment for the innovations that she inspired.

5.”Stamped from the Beginning; The Definitive History of Racist Ideas in America” by Ibram X Kendi

Winner of copious awards, “Stamped from the Beginning” is a nonfiction and fast-paced narrative about racism in America. Kendi chronicles the history of racist and anti-black ideas and narrates the lives of five American intellectuals that show their beliefs and ideas of race.

6.“I Know Why the Caged Bird Sings” by Maya Angelou

A classic and emotional piece, Maya Angelou describes her life and the series of hardships she endured. She also describes how they made her into the person she became. In this autobiography, Angelou addresses the racism and trauma she faced as a young person, and how literature helped her grow strong.

7.”This Is My America” by Kim Johnson

In this young adult contemporary novel, the main character, Tracy Beaumont, writes letters to Innocent X, asking them to help her father who is an innocent man on death row. One night Tracy’s older brother, Jamal, is accused of killing a white girl and runs away. Tracy is determined to find out what happened and discovers the racist history of her town.