May Day features up and coming student band 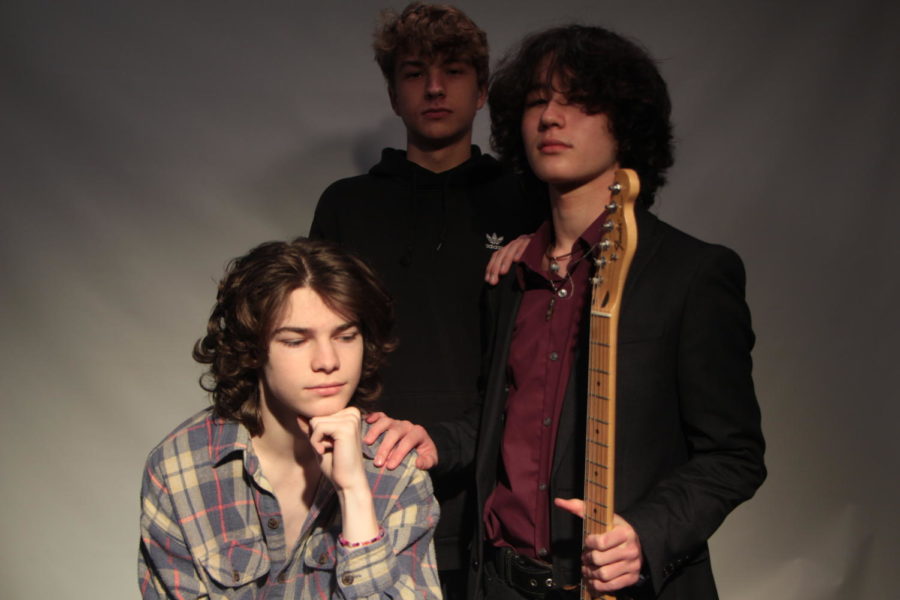 The annual May Day celebration will be taking place Friday, April 29. Alongside various other festivities such as shortened class periods, the May Pole, and the May Court’s crowning, the talent show will be happening. Student band Midsommar is performing two songs during the show.

The band is composed of three main members, all freshmen: Connor Beck, Nigel Cross, and Dylan Smith. Beck is their lead vocalist and bassist. Cross plays lead guitar and often does backing vocals. Smith does the drumming. Sometimes, other students including freshmen Preston Weller and Steven Walker join in.

The band formed earlier this school year. “[Dylan and I] were playing video games, and we were talking about how me and my friend Nigel started a band,” Beck said. “I was like ‘We don’t have a drummer’ and he’s like ‘Dude, I just left my band. I could drum for you.’”

Since they formed, Midsommar has practiced together at least once a week. They spend their time together perfecting covers and writing originals.

“Yeah, we’re trying to write a lot of songs,” said Beck. “We just need to finish one of them.”

“Usually, one of us comes up with a riff or lyrics and we go off that. We just build off it,” Cross said in reference to their writing process. They work both individually and as a group. To perfect what they have written, they run through it in their practices to see what works and what doesn’t.

While the band has only been official for just over six months, the members have been playing music for years. Cross has been playing guitar for four years, and Smith has been playing the drums since elementary school. “I really like how much music can just make you feel any emotion. It’s kinda been my way of coping with anything for years because of that,” Smith said.

The band is heavily influenced by 90s grunge and classic rock. Bands such as the Beatles, Nirvana, Pixies, and the Strokes are some of their biggest inspirations. “We’re very indie alt., but kind of grungy sometimes. I’d say garage rock.” Beck responded when asked how he would describe their music.

They’ll be performing “Dammit” by Blink-182 and “All my Loving” by The Beatles. “We picked the song last minute,” Cross said. “We were originally going to play Everlong by the Foo Fighters, but we couldn’t learn it in time. [“Dammit”] is very high energy. I think it’ll be a blast to play.”