Despite losing an entire field of seniors, the Girls’ soccer team is looking for a three-peat 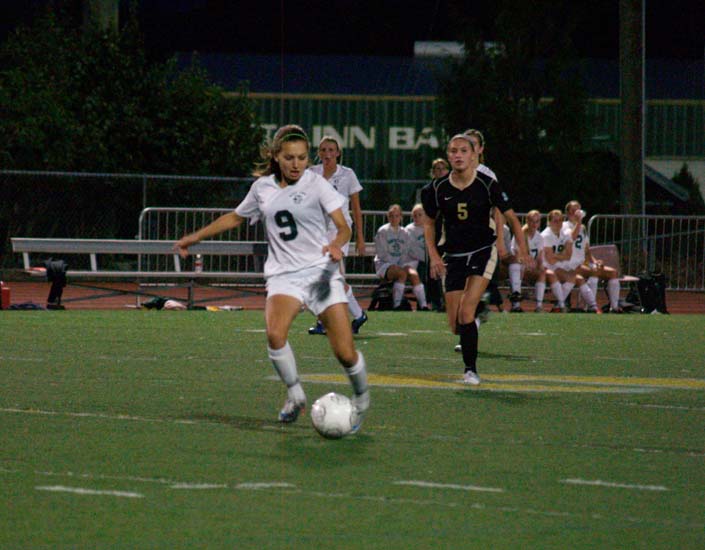 Many teams that lose enough seniors to fill the entire field are not usually favored to win, but that’s what is special about the Girls’ Soccer Team. The Lions have to replace 12 roster spots from last year, but with a very strong junior class, the team is in the hunt for its third consecutive Three Rivers League title.
Holly Baird takes over the reins of the program after being the assistant coach for the past two years.

“We did lose 12 seniors last year so basically everyone has had to step-up for us, it’s an entire new roster that has the potential to be very successful,” Baird said. “The returners like Gabby[Estey],(senior), Paige[Myers],(junior), Madison Leek, (junior), Mary Richardson, (sophomore), Madi Mills, (sophomore), Alexy Daharb, (sophomore), and Carley Turner, (junior) have had to step up as leaders for the incoming players from JV.”

Baird believes the TRL will be one of the premier leagues in state this year, with teams like Clackamas growing stronger each year.

“The TRL is only getting stronger each year. Every team in the TRL is competition; there isn’t anyone that we can take lightly,” Baird said. “I think the biggest competitor for league title will likely be Clackamas again this year.”

The Lions face the Cavs twice this year; September 29 at home and October 20 away.

Estey, midfielder Tatiana Cooney, and forward Hannah Gulgren are the only returning seniors for the Lions this year.
The team opened the season with three non-league games, winning one against Wilsonville and losing the other two to both Sunset and Sothridge

The Lions then opened league play with the Lakeridge Pacers. The lions took a 2-0 lead, thanks to the tandem of Leek and Nicole Campbell, junior, each scoring goals. With ten minutes left in the second half the Pacers would come back to force a tie, at 2-2.
The team then played a road game at Canby. The Cougars came out on top with, a 2-1 win.

The Lions were then back on their home turf against the Lake Oswego Lakers. Leek and Campball lead the way for the Lions, each scoring twice, and leading the Lions to a 4-1 victory.