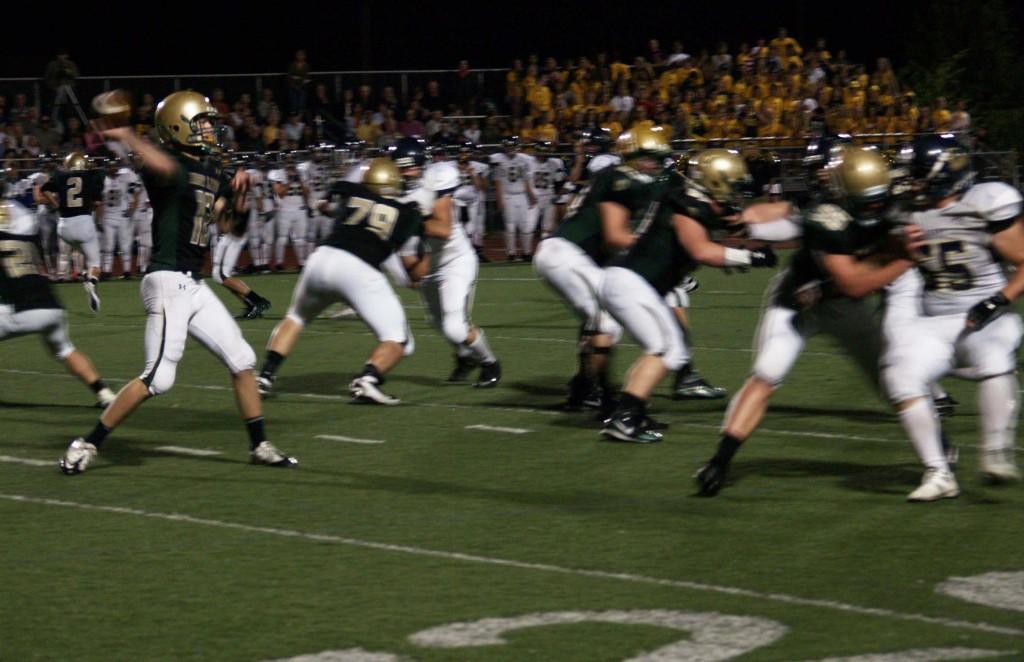 For many players on the Varsity Football Team, tonight’s game against Lake Oswego will be the biggest and most important of their lives. With the Three Rivers League Title awaiting the victor, many feel this is the most opportune time to seize control of the TRL.

“Last year we only lost to them by one point so I think it will be a good game,” Evan Voeller, junior lineman, said. “Getting a chance to play LO for the TRL Championship has been the highlight so far this season.”

The Lions (6-1, 3-0 TRL) have been able to edge out multiple close games this season, with their last four victories resulting from a combined 12 points. The team’s latest victory was a 31-26 barn-burner against Lakeridge.

“Last year most of our games that we lost were really close and this year we won those close games,” Voeller said.

Lake Oswego (7-0, 3-0 TRL) has blown out many of its opponents this season. Their smallest margin of victory was a 56-46 offensive display against Skyline. Despite the team’s undefeated record, they place second behind the Lions in the Ratings Percentage Index (RPI).

“I think we are sixth in the AP poll and first in the RPI poll,” Voeller said. “When it comes down to it, the rankings don’t really matter, but it is nice because they help us in the playoffs.”

On display tonight will be two of the State’s most high-powered rushing attacks. The winner of this ground battle may well walk away League Champions at the end of the night.