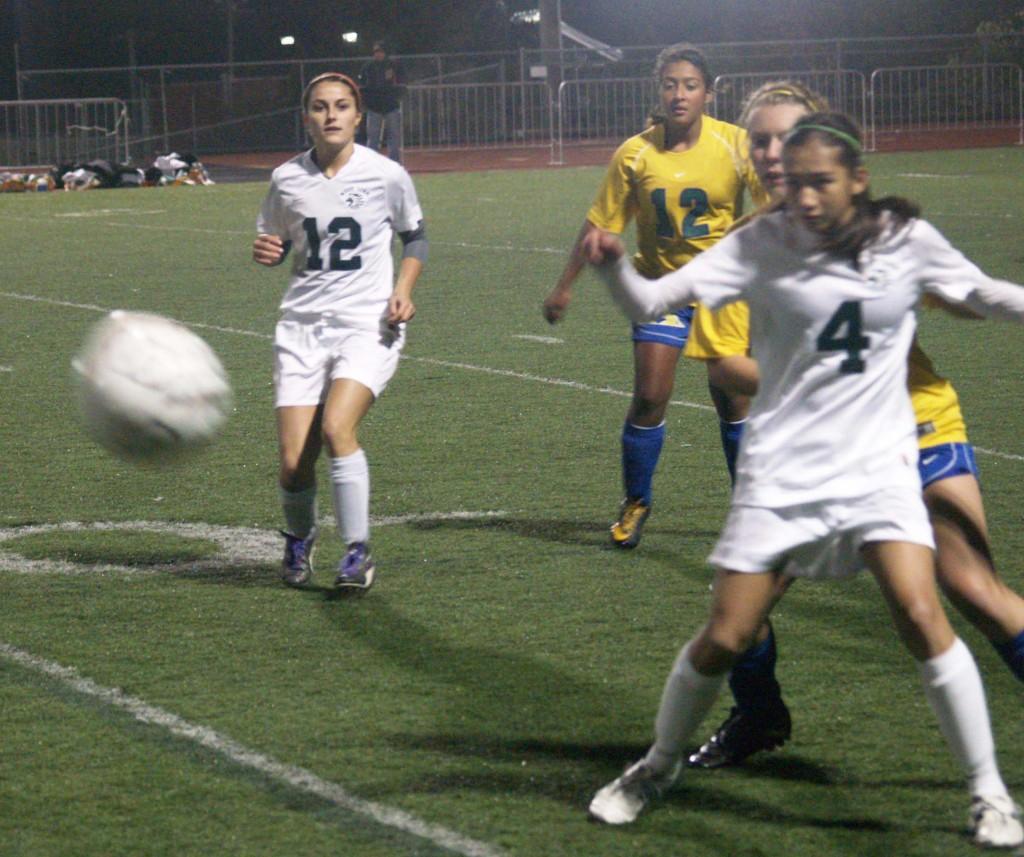 The Girls’ Soccer season came to a halt on Saturday night at Thurston High School. The team ended its season with a 4-1 loss to the Thurston Colts. Madison Leek, junior, scored the team’s lone goal in the loss. This marked the second time in many seasons the Lions have been knocked out in the first round of playoffs.

“I think it was a good season,” Nicole Campbell, junior, said. “I think our team goal was to improve and play the way we can play no matter who we are playing. We had some trouble keeping the consistency up, but in the end I think we stepped up in playoffs and did our best.”

The Lions had advanced to the round of 32 teams after a play-in game victory at home against the Aloha Warriors, 3-1. Leek scored twice, using her breakaway speed to put the ball in the back of the net. Mackenzie Danies, junior, tallied her first goal of the season on a header, coming off of a corner kick from Paige Myers.  The Warriors didn’t score their goal until there was five minutes left in the game.

Looking ahead to next season, the Lions look to build on this year’s success with all but one starter returning.

“By knowing what we know now, we’ll be pretty good next year,” Campbell said. The team finished the year 5-7-3 (3-4-3 Three Rivers League)