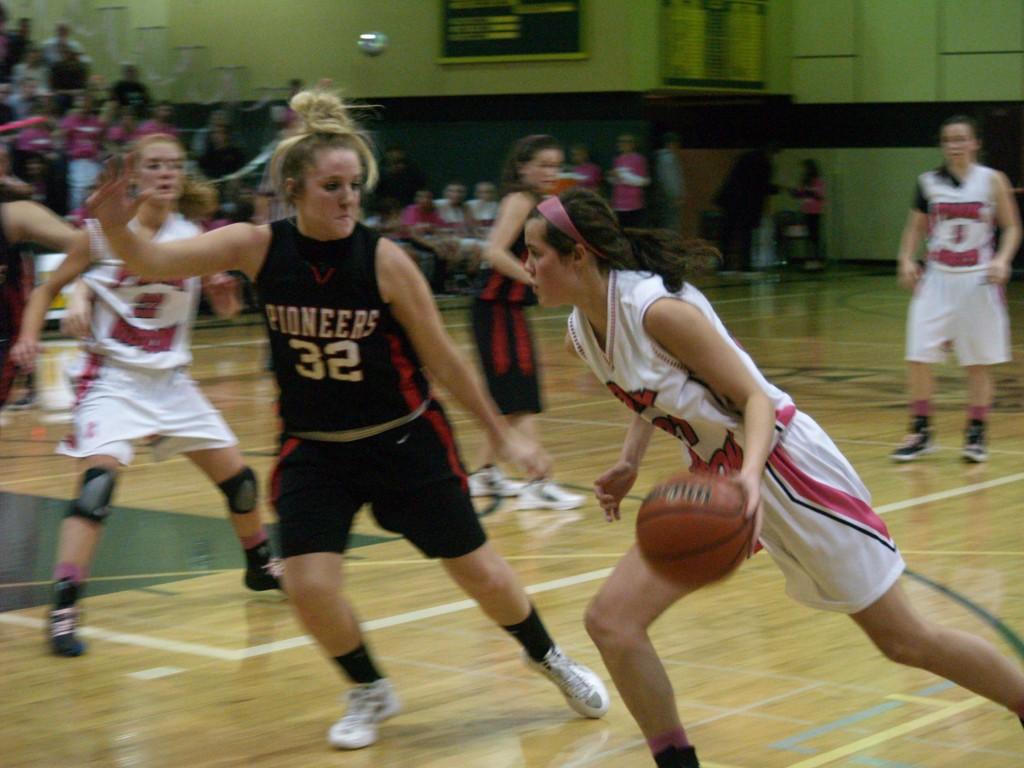 The girls’ basketball team is making its mission this season to advance past the first round of the state playoffs. After a painful loss against Clackamas in the playoffs last season, the Lions are seeking redemption from their early exit at the change of a state title. This season the Lions are hoping to continue their dominance and advance to the playoffs once again, which they have done for the last six years under Glen Lee, head coach.

Even though the team has started 7-6, it is looking to the end of the season for its chance at making the playoffs. The past six seasons, the Lions have made it to the playoffs, but they have never made it past the second round. Last year’s loss to Clackamas was no different.

“That loss was really rough, especially because we had played them four times last season,” Julia Boyd-Helm, junior, said. “We consider Clackamas our rival, so it was a really hard loss.”

To help their playoff goals, the Lions added five new players to the roster, which will help replace the loss felt by last year’s seniors. The new additions to the roster include Courtney Landis and Sidney Kolasinski, freshmen, Jenna Hughes, sophomore, Megan Longtain, junior, and Siri Westmark, senior.

“We spent all summer working together, so we all got to know each other. The team works really well together,” Boyd-Helm said.

The team is hoping that this chemistry can translate onto the court and can help win future games and provide an opportunity for a potential playoff run.

“If we keep working hard and we focus on what we want, we will make it to playoffs,” Boyd-Helm said.