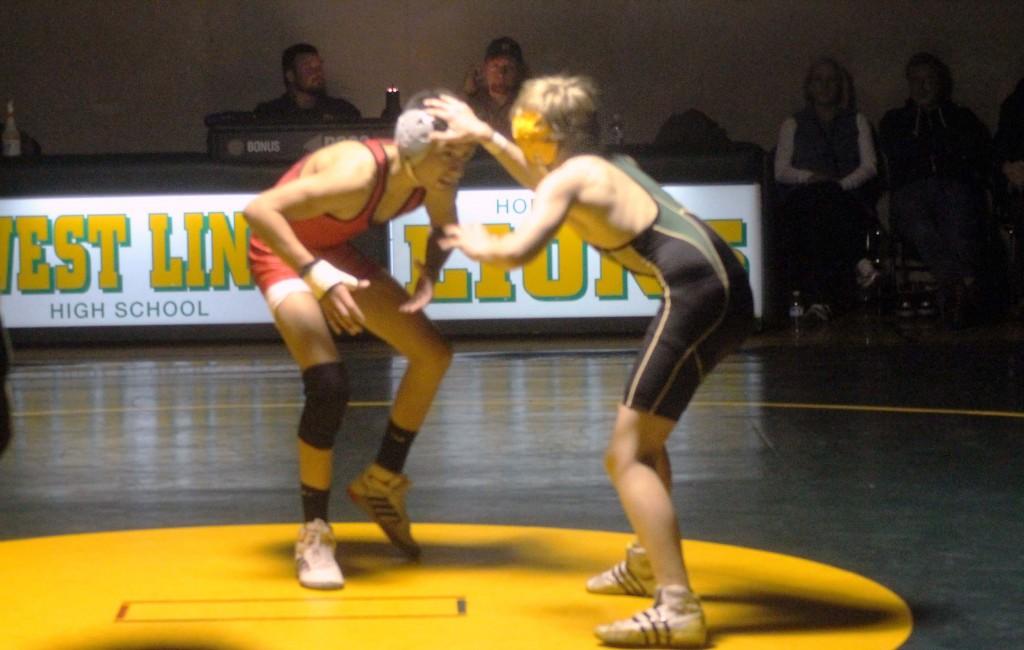 The wrestling team expects improvement, from competition to competition and from season to season. That is why Doug Samarron, head coach, has set the goal for his team to place higher than sixth in regionals, the position in which they finished at last year.

The wrestlers are all pushed to achieve improvement in practices. Members toss each other on the mat for an hour and a half, non-stop. Samarron said that he pushes them in this way because wrestling “is about who can go the longest and put the most work in.”

Each player pushes each other to do better and work harder, such as team captains Ryan Harman and Braden Krellwitz, seniors, as well as Michael Skoczylas, senior. Samarron said that these are not only encouraging members both in practice and matches, but they are hard workers and good wrestlers who set good examples, and make the other players strive to improve, too.

This year, Samarron started a new study hall, to help members stay out of school troubles and to create unity for the teammates. While no players are in academic trouble now, he said that the most important part of the study hall was the gained sense of unity.

As far as competitions go, Samarron sees all the teams in the Three Rivers League to be fairly even, with the exception of Canby.

Last Thursday the team defeated Clackamas to earn their first in-league win. The team has also defeated teams outside of the league, as well as one tournament victory. Samarron believes that this is a fair start for his team. He said that in the end doesn’t care about their record during the season, but what really matters is “how high [they] can get on the podium in the end.”