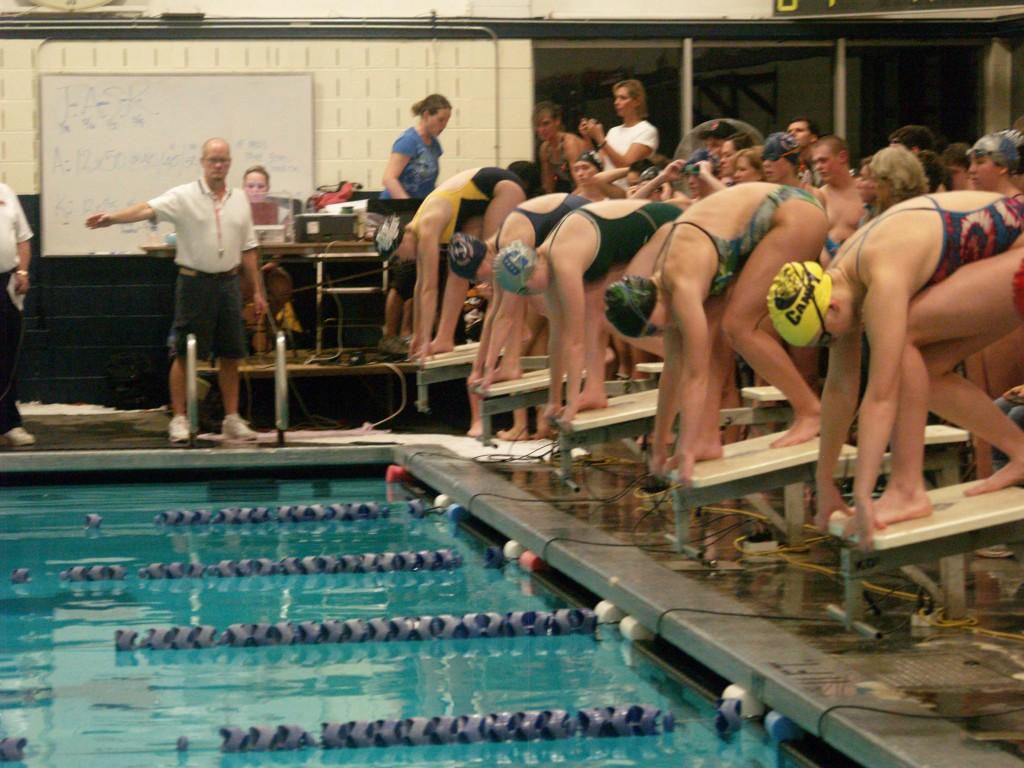 For a few select athletes, their season has one more day of life. Tomorrow, 13 Lion swimmers will be heading to Mt. Hood Community College for the 6A State Swim Meet. Multiple athletes, both boys and girls, qualified for a multitude of events.

“This year we have a much better team going to state compared to last year.” Curtis Klein, junior, said. “We’re taking two [boys] relay teams instead of one and one may advance to the finals.”

On the boys side, there will be a group competing with Oregon’s elite. Klein is competing in the 200 freestyle, seeded second and the 100 backstroke, seeded first.

“I’m pumped for my race, a little nervous too, but its how I normally feel. I think we will do well,” Klein, said.

Branden Brooksby, senior, is swimming in the 50 freestyle, seeded fourth and the 100 freestyle, seeded 11th. The West Linn boys also had both of their relay teams qualify. The 200 individual medley relay, seeded sixth, consists of Justus Highbarger, junior, Klein, Anthony To, senior and Brooksby. The swim teams 200 freestyle relay team, seeded 10th, qualified as well, made up of Klein, Highbarger, Ryan O’Leary, junior and Brooksby.