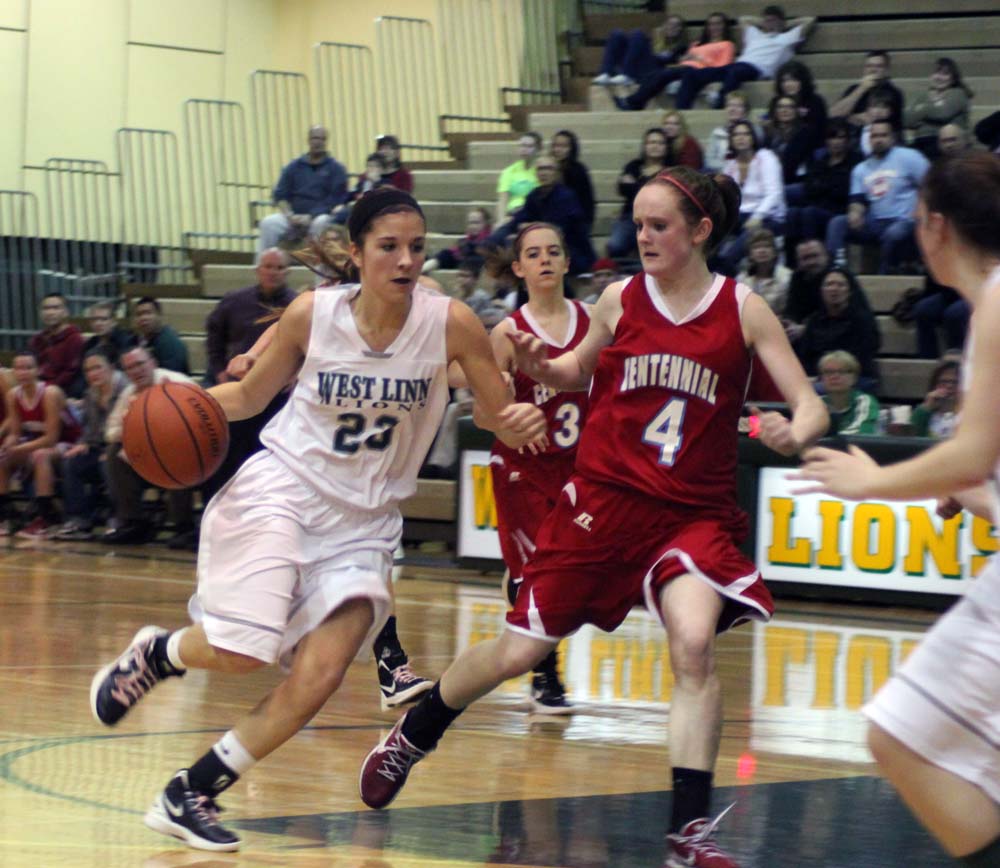 In 1996 Bill Clinton was elected president of the United States of America, The English Patient won the award for Best Picture and the present seniors at West Linn High school were running around as toddlers. Now, these same seniors have led the girls basketball team (17-9, 7-3 Three Rivers League) to the State playoffs at the Rose Garden for the first time in over a decade.

At approximately 1:30 p.m. today, the team will tip off its first State playoff game against perennial rival Oregon City (23-2, 10-0 TRL). It will be the third time the teams meet this season, and the Pioneers have won the previous two games decisively, 88-56 and 64-42.

“We know what we did wrong last time and we know what to change to be able to win this game,” Mikayla Kraemer, senior forward, said.

After gritting out a tough play-in victory on Feb. 28 over Centennial, 45-35, the team travelled down to Medford on March 2 to face Crater. The Lions defeated the Comets, 50-38, earning a spot in the Garden. The team has had five days to prepare for its familiar foe.

“Oregon City’s points come from transitions so we are prepared to get back on defense,” Romero said.

One important aspect of this game will be how the players on both teams adjust to the change of depth behind the baskets in the Rose Garden. The Lions have practiced at Lewis & Clark and the University of Portland all week to simulate the experience of playing in an arena of this magnitude.

“I think we will be okay with the depth perception because we’ve been practicing at different sites all week,” Kramer said.

After taking second place in the TRL behind the Pioneers this season, the Lions will look to unseat their league rivals this afternoon on the biggest stage there is.

“This is an amazing experience and we’ve worked so hard to get here,” Romero said. “We have a good game plan and we are going to give it everything we’ve got.”