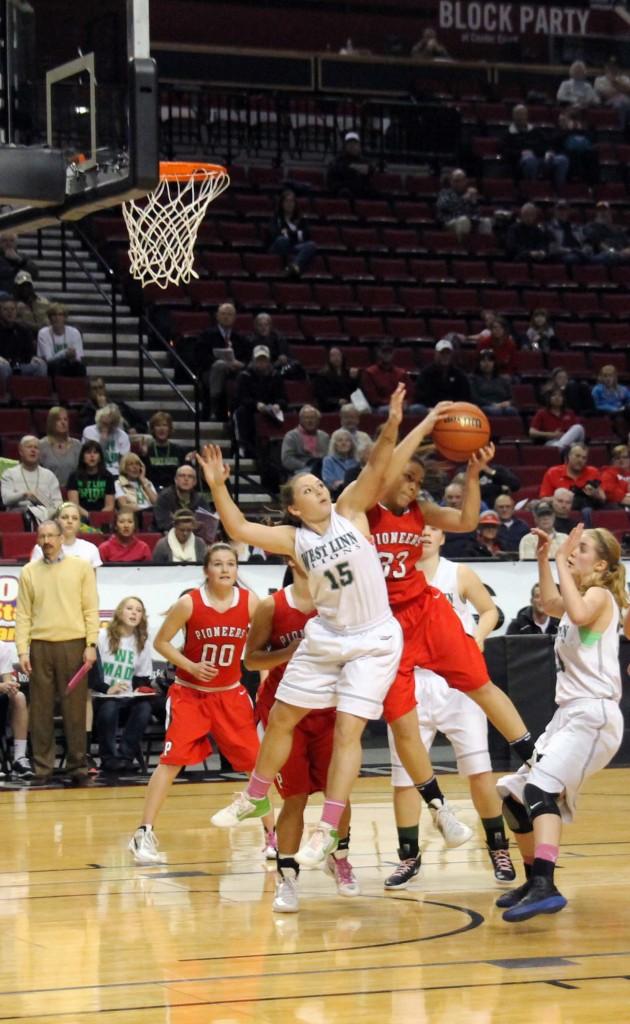 The West Linn Girls basketball team (18-9, 7-3 Three Rivers League) picked the ideal time to pull off one of the greatest upsets in school history.

After a 27 year losing streak against powerhouse rival Oregon City (24-3, 10-0 TRL), the Lions achieved a fourth quarter comeback to defeat the Pioneers 49-43 in the third round of the State playoffs at the Rose Garden yesterday.

“We knew who we were playing and we were the underdogs but we believed we could win and played our type of game,” Brittany Smith, sophomore guard, said.

The Lions were outscored 26-11 in the first half, but followed this with quarters of 13 and 25 points to outscore the Pioneers 38-21 in the second half.

“At half we knew we needed to come out stronger so we did and the whole team contributed,” Smith said.

This was the third meeting between the Lions and Pioneers this season. The Pioneers had held the advantage before this game, beating the Lions in both regular season games by 22 and 32 points.

West Linn’s next game will come on Fri. March 9 against Westview. The Wildcats (19-7, 7-3 Metro League) are riding a five-game winning streak after conquering Southridge in their third-round playoff game, 39-37.

“We need to go out and play our game, stay calm and lock down their star players,” Smith said.

If the Lions win Friday’s game against Westview, they will advance to the State Championship game Sat. March 10 against the winner of Central Catholic and South Medford. 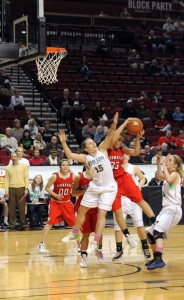