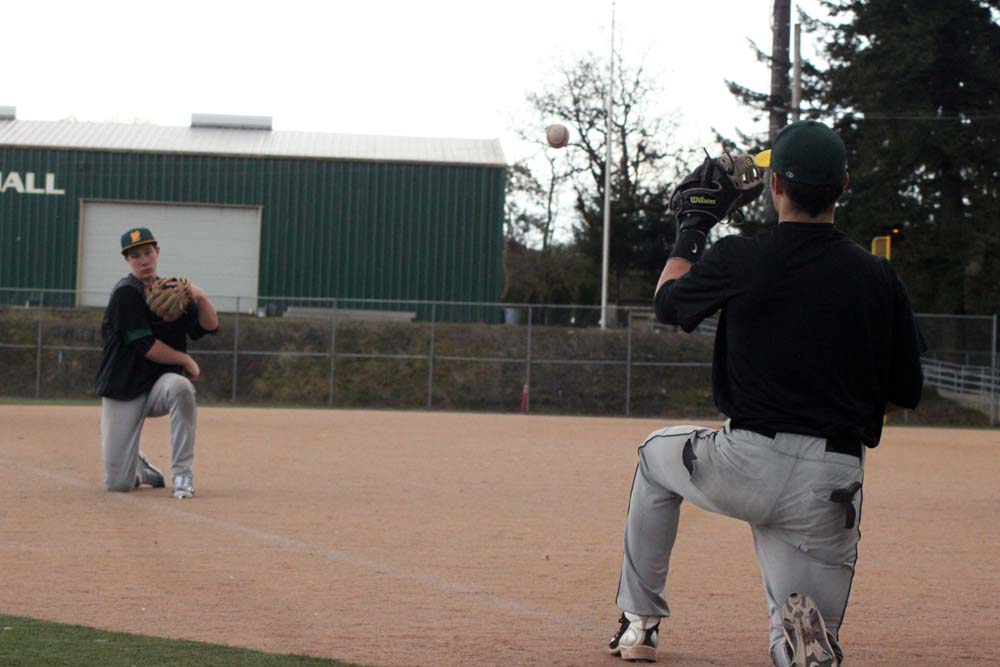 The West Linn baseball team began practicing Monday, Feb. 27, but most of its players have played together for much longer. Fifteen seniors are on the team, and many of them have been on the team since freshman year. It is this sense of community, according to head coach Kevin Mills, that makes them a strong team.

Mills stressed that the roster has a lot of depth, and that no player stands above another. He also said that the strengths of the team include the strong sense of unity and the ability to be coached. He hopes that all of his players “have great work ethic and high standards for themselves, and overall enjoy the process of getting better.’’

Mills looks to the unity of the seniors for leadership. He believes that it is vital for a team to work well together, and that is one feature that his team is especially good at.

Previous head coach Mike Lord stepped down in October, and Mills has found the transition to head coach fun. He enjoys the new responsibility but still relies on the help of his assistant coaches, Bryant Kraus, Casey Mcleod and Scott Burris, and is learning as he goes.

As the new head coach, Mills wants to bring a new coaching philosophy to the team.

“I’m really out there to develop young men, to make better players and better people. Every day I want to bring [the players] a love of the game and a positive, encouraging environment,” Mills said. “My goal is that when the players leave the program, they miss it because it has been such a good experience. I want to help my players reach the next level, in baseball or anything else.”

On March 12 the team played its first game against North Salem, defeating the Vikings 13-1. Its first home game is today against Westview, which is the top team in state and is ranked 49th in the nation.