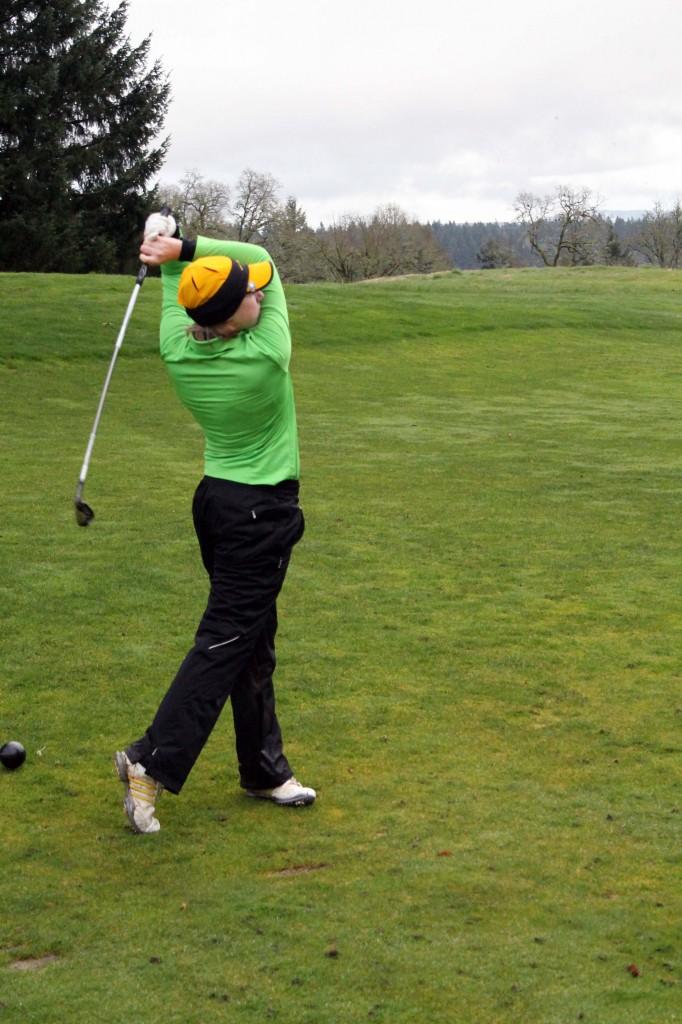 One might say there are a lot of expectations riding on this season’s Girls Golf team. This is because in all of the five years Bob Turnquist, head coach, has coached the team, the Lions have been one of the two teams from the Three Rivers League to go to the State tournament. Last year, they were crowned State Champions. They have an abnormally large team this year; 11 girls in total will be competing during this season.

Turnquist acknowledges the pressure placed on this team, and how little time they have to practice as a team before its upcoming league matches, the next one being on March 19. However, most of the girls on the team have been practicing together since October in the off-season program.

“We want to be the best prepared team; academically, physically and mentally,” Turnquist said. “And if we do that, we’ll get better every single day. That’s our mantra. Be better than you were yesterday.”

Turnquist described their new weight training and conditioning program for the team this season, as the girls have to carry around 25 lb. bags while they play, and the team has been using the weight room at the school.

“It kind of shakes up the other teams to see us in there,” Turnquist said with a laugh.
Turnquist is almost hesitant about what he expects of his team this year.

“I can’t say much; today is the first time the girls are actually out there practicing as a team. Right now, I hope that we win league,” he said. “We need to win league. I also hope that we are better than we look today. Get better every single week.”

“Biggest thing we need to have is leadership,” Turnquist said. “We have a bunch of kids who know how to be here, and we have a lot of kids how don’t know how to be here.”
The team practices and plays in any kind of weather. Matches are never cancelled for rain. The ultimate goal is the State tournament taking place on May 14 and 15.