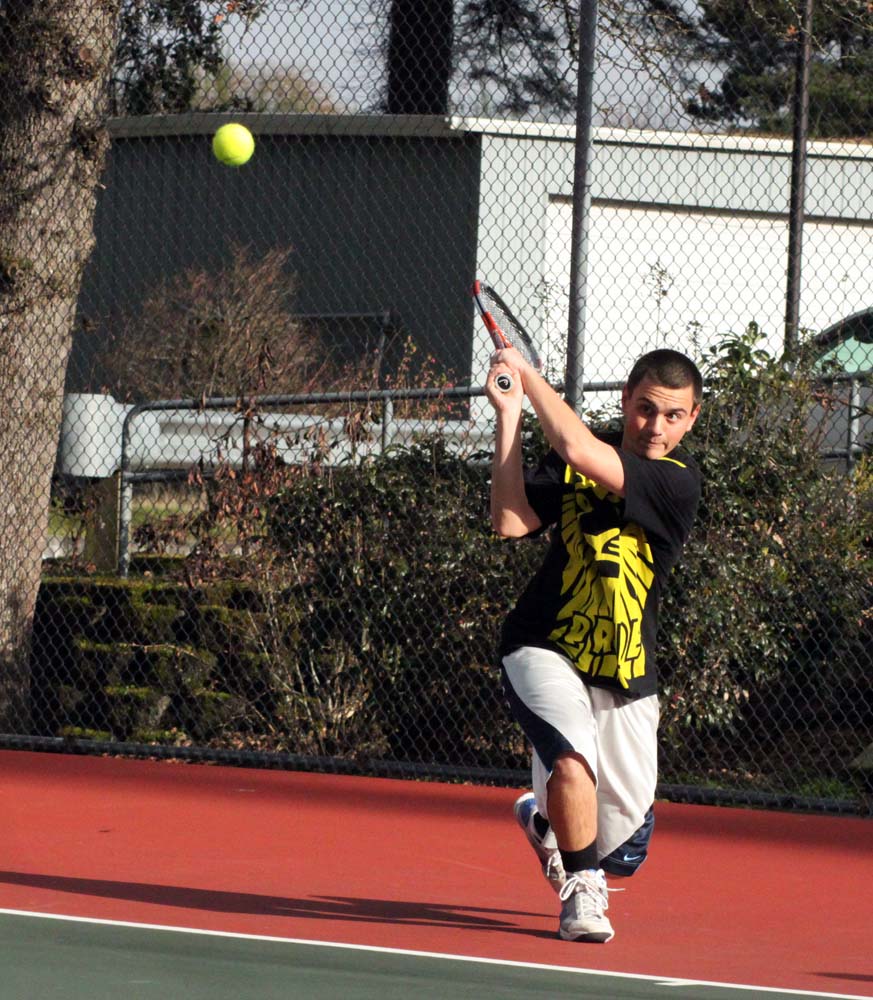 Fresh off yet another Three Rivers League title, the West Linn boys tennis team expects to extend its dominance and take the champions hop for the eighth time out of the last nine years.

“We have a very young team; great players at the top but losing nine seniors means that underclassmen will have to step up into varsity roles,”  Ward Lewis, head coach, said. ” We always expect to improve faster than other teams, but we know that we have a tremendous amount of work to do.”

The Lions players also have some worries about the youth on their team.

“We’re not as strong individually as last year, but we’re very strong as group,” Jonthan Macemon, senior,  said. “The top half is strong, but our lower half is still kind of sketchy.”

“Since I’m returning and I’m a senior, I really wanna win,” Macemon said. “Craig’s a great partner. I have a lot trust in Craig at the front of the net.”

Also returning is William Risenhoover, senior, who finished third last year in the TRL districts. Risenhoover has signed to play tennis at Portland State next year.

The TRL in tennis is the same as all other sports, except the Grant high school Generals are also included in the league.