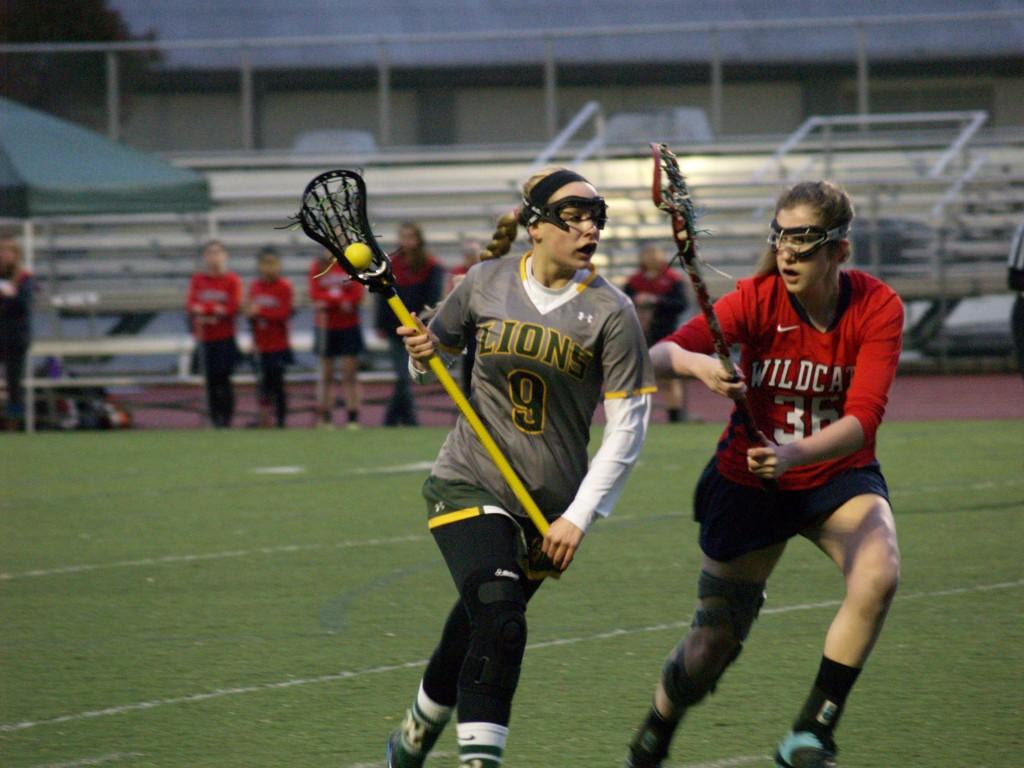 It has taken seven years, but the girls lacrosse team has finally taken revenge on the Oregon City Pioneers in an eventful blowout on April 17. The final score of 16-6 added to the excitement of breaking the seven year losing streak and playing at home.

“We kept the intensity high, we proved ourselves and we won by a lot,” Megan Longtain, junior, said. For Longtain, the victory meant more than just excitement over this lacrosse game.

“I play basketball too, so beating Oregon City, who is a very good team, continued the rivalry between Oregon City and West Linn with this win,” Longtain said.

Oregon City has been in the state’s elite the past few years. Two seasons ago, they won the state championship. Last year, Oregon City fell to Lake Oswego in the state title game. Longtain said it’s good to see enough improvements to be a solid team this season and overcome the Pioneers.

Hanna Morford, freshman, set the tone for the Lions when she scored the first goal of the game. Oregon City then went on to score three goals, and after that the game busted open. The Lions went on a 9-0 run, at which point Oregon City called the first time out early in the game.

“It definitely got our confidence up because it’s a pretty big deal when the other team calls the first time out,” Longtain said.

The key adjustments that led the Lions to victory was holding the Pioneers on defense, stopping their best players on offense and getting through Oregon City’s double teaming.

The blowout victory was the first meeting of West Linn and Oregon City this season. The Lions play the Pioneers again on May 3 at Oregon City High School.