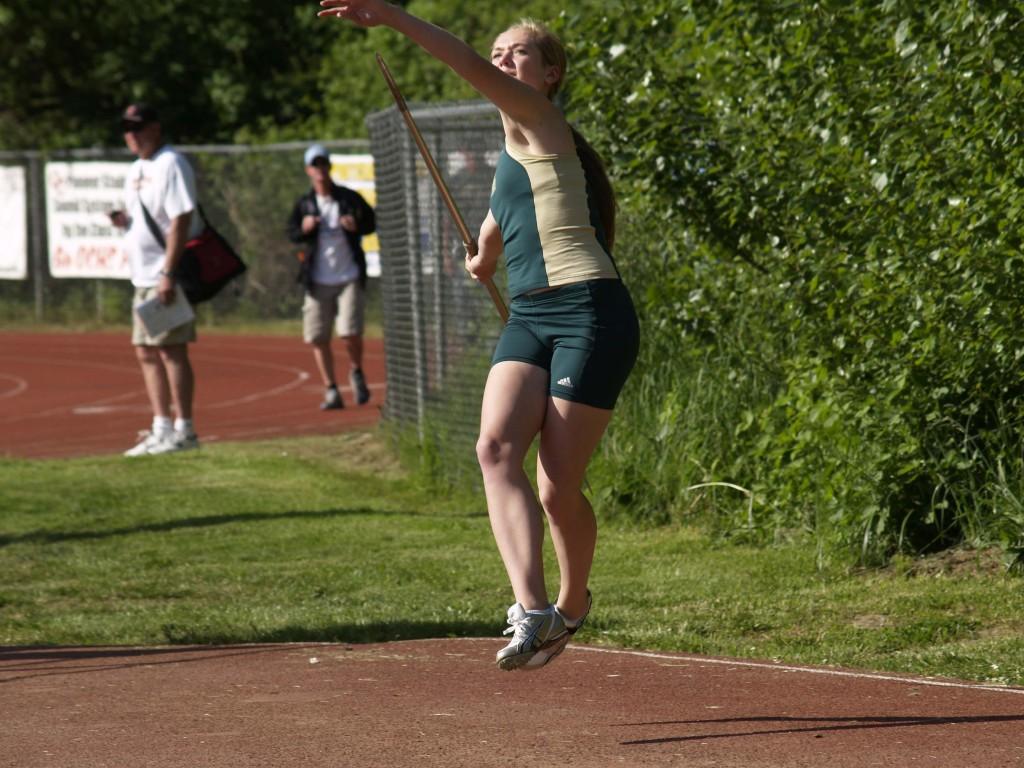 Maria Green, senior, throws javelin in the disctric tournament at Oregon City. Her throw of 110 ft earned her a place at the State Championshps, where she placed seventh.

West Linn’s top eight track athletes competed at the OSAA 6A State Championships last Saturday at the University of Oregon’s Hayward Field in Eugene. All these athletes placed in the Three Rivers League district meet to make it to the State Championships.

Later in the day, Leek joined her 4 x 400 meter relay team, along with Cara Boucher, junior, and Maria Green and Tatiana Cooney, seniors. They qualified for the finals, coming in fourth in their preliminary race and placed sixth in the final race with a time of 4:00.96.

In the high jump, Green placed ninth with a jump of 5′ 3″. Green also placed seventh in the girls javelin with a distance of 110 feet.

In the mixed division, which includes both male and female wheelchair-bound athletes, Bene Wilsted, junior, placed fourth in the 100, 200, and 400 meter events with respective times of 26.18 seconds, 51.53 seconds and 1:52.78 minutes.