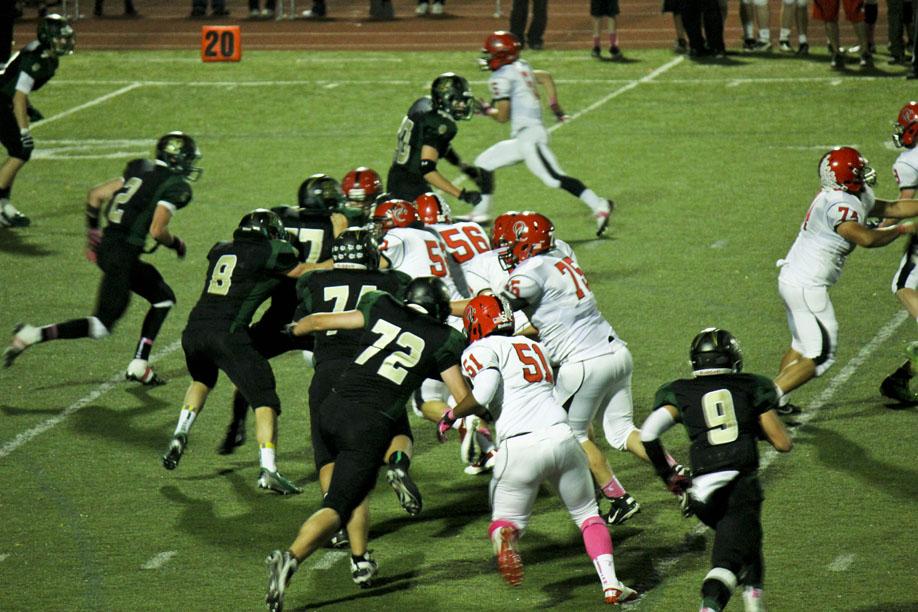 West Linn held their annual senior night and the pre-game festivities were special; the outcome though, when West Linn (2-6, 0-4 Three Rivers League) took on the Canby Cougars (4-4, 3-1 Three Rivers League), was not. The Lions were beaten from the start. They managed to not be shutout, but still lost 38-7.
The only score in the first quarter came on a Cougar 58 yard run from Isaac Sherier, senior running back.

Canby’s defense beat up on West Linn’s offense and forced stop after stop. The Cougars capitalized from these stops and scored from quarterback Sam Stelk, senior. A ray of hope showed as the Lions blocked the point after touchdown, but was quickly zapped when the Cougars for another score from Jacob Mckinnon, senior running back. They went for two but failed to make the score 19-0 at halftime.

Canby’s scoring attack didn’t stop as they scored yet again from Jace Cates, sophomore running back. Again they went for two but failed.

With one game left in the season, West Linn will try to get their first victory in Three Rivers League play against the Lakeridge Lakers, who are also searching for their first conference victory.