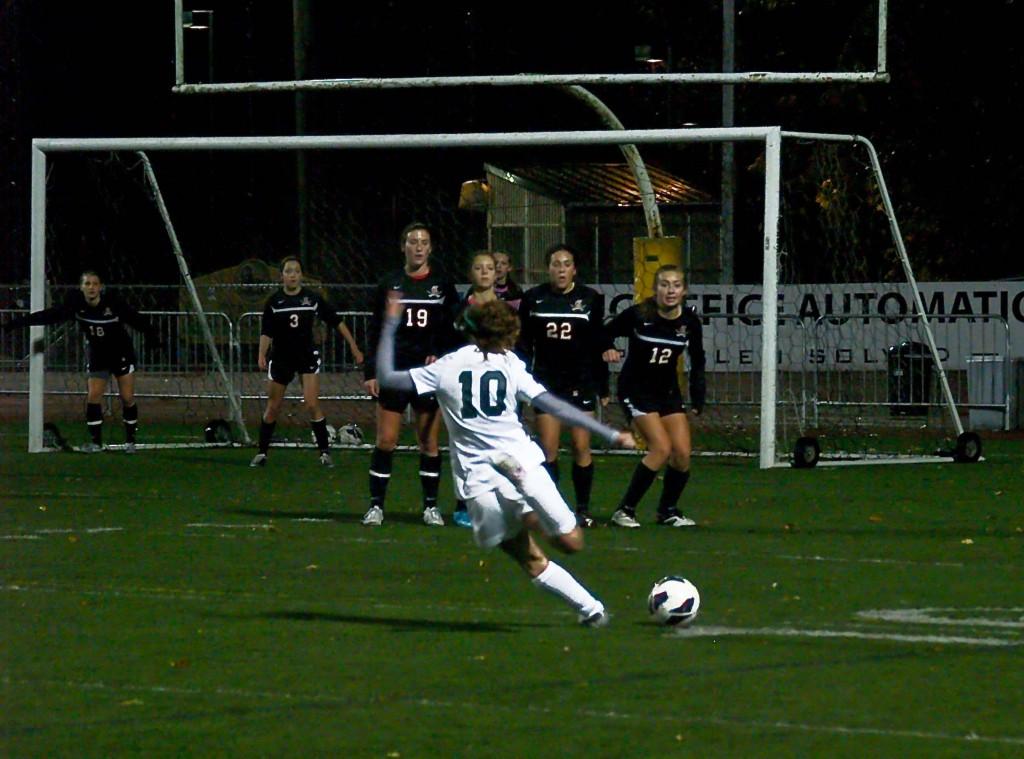 As the girls soccer season comes to an end, the West Linn Lions, 7-4-1, are looking ahead to a spot in the State playoffs. After a disappointing loss in the first round of playoffs last season, the team is hoping for a better outcome, especially since they are a more united team this year.

Last year, the Lions’ hopes for a State title were crushed when they lost 4-1 to Thurston Colts in the first round. The loss was especially hard to swallow after a successful season going.

During this years’ playoffs, the Lions hope to continue their successful season-long run towards a 6A championship behind star scorer Leek. Leek, an Arizona State University commit, has scored 23 goals all season, the most goals by a single player in the Three Rivers League.

The Lions’ first playoff game is Sat. Nov. 3. Details will be released soon about who the Lions will face and where the game will take place.