Varsity boys soccer currently at the peak of the season 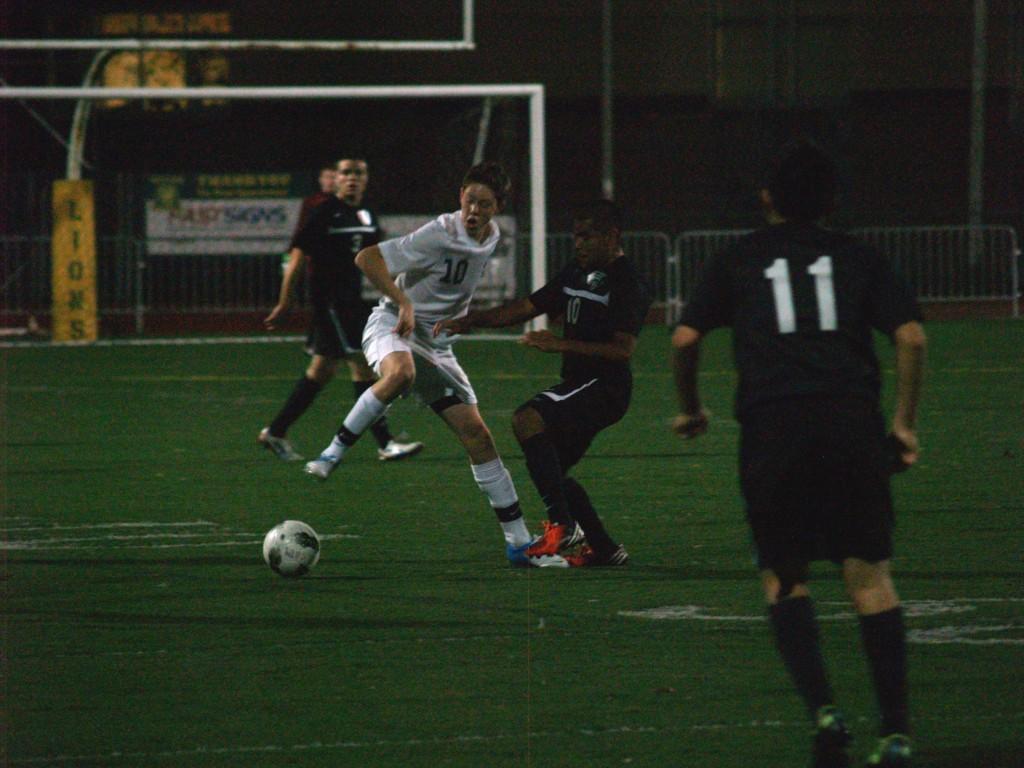 The boys soccer team was triumphant in most recent games on Oct. 16 and Oct. 18. Against Canby, The lions won 5-4, followed by a victory against Lakeridge on Oct. 18, 2-1. So far this season the team has won four games out of 11.

“We are at the peak of our season,” Colton Hefty, freshmen, center midfielder, said. Hefty believes that since the beginning of the year, the team’s overall chemistry has improved.  According to Hefty, due to these recent  wins, the team has become more focused as they are determined to make it into the playoffs that kick off today.

“We have lost so many games by one point,” Hefty said.

This season Lucas Evans, sophomore,center, has also noticed an improvement in team chemistry.

Evans saw that during the game against Canby, Evans noticed the team did a better job defending one-on-one, which allowed them to finish with the ball. Ball control was executed by the forwards who kept the ball within their reach, continued to attack the goal and take shots on target. During the game against Lakeridge, Evans observed that they gained better possession compared to the first half of the game.The team was able to score twice and defend their territory, finishing on top with a score of 2-1.

On Oct 24. the team had a game against Clackamas, the top ranked team, in the league.  The lions fell to Clackamas, 0-2.  Despite the recent loss, however the Lions still obtained a spot in the playoffs.