Girls Soccer ends with a loss to Clackamas 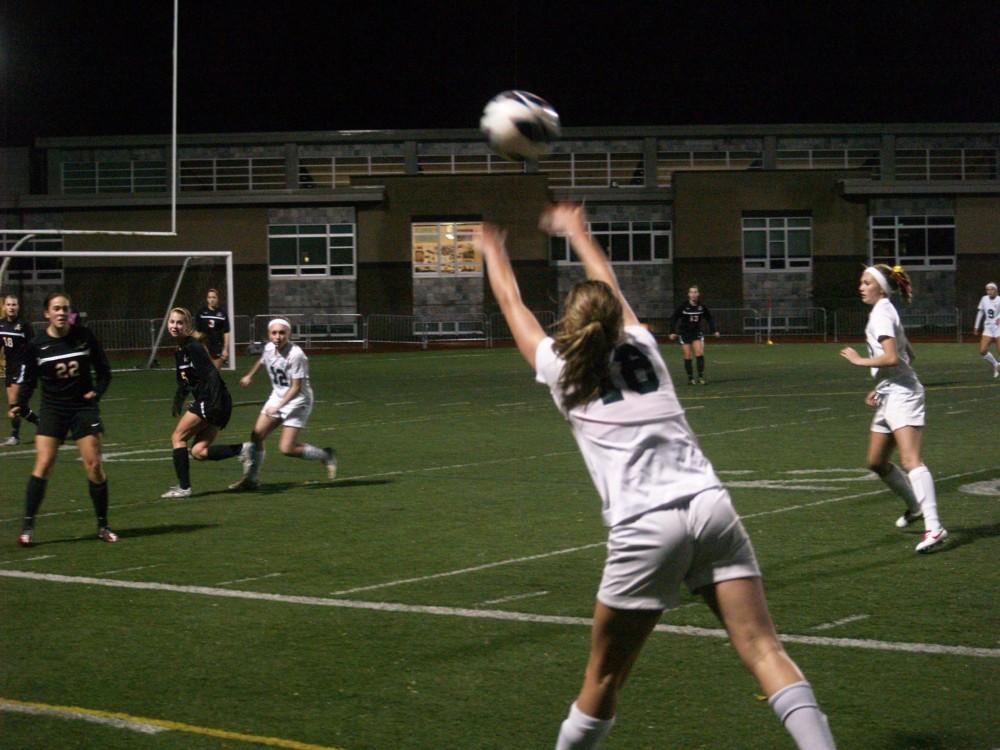 Experience across a field can lead to great things, and this year’s West Linn Lions  features veterans at almost every position. One of the most notable is Arizona State Sun Devils commit and scoring expert Madison Leek, senior. The team has a shot at winning its third Three Rivers League title in the last four years.

The Lions made an early exit in the second round of the OSSA state playoffs last year against the Thurston high school Colts but only two starters,midfielder Alexy Daharb (moved to Colorado) and goalie Gabby Estey (graduation ),need to be replaced this year. This doesn’t seem to be a problem for the Lions as Coach Holly Biard has great depth at her disposal.

Minutes at goal keeper are being spread out between Dani Moscow, freshman, and Kylie Havemann, sophomore. They usually play one half each.

“Are defense is often overlooked because of our great offense, but we’re a solid group,” Turner said.

The girls that are seeing most of the playing time in the middle of the field are Courtney Landis, sophomore, Leah Merriam, senior, Katie Moeller, sophomore, Mary Richardson, junior, Madison Mills, junior, Sophie Gabler, sophomore, and Myers.

The Lions up front are solid with Nicole Campbell, senior, being the other starter. Leek, who has scored 14 goals in Lions first seven games, including three hat tricks.

The team defeated the Lakeridge Pacers on Sept. 27, 2-0 at Lakeridge High School behind the goals of Leek and Juliana Guenther, freshman.

On Sept. 25 the Lions took on the visiting Canby Cougars and came up short with a 2-0 defeat.

In the Lions TRL home opener on Sept. 20, the team took on another rival: the Lake Oswego Lakers. The Lakers jumped on the Lions in second half  by scoring the games first goal. Leek responded with her twelfth goal of the season to tie the score. The Lakers scored the winning goal with only :16 seconds left on the clock. With not enough time for the Lions to respond the Lakers would pull out a 2-1 victory.

On Sept. 18, the Lions opened TRL play by visiting rival Oregon City Pioneers. Leek found the back of the net four times and team finished with a 5-0 victory over the Pioneers.