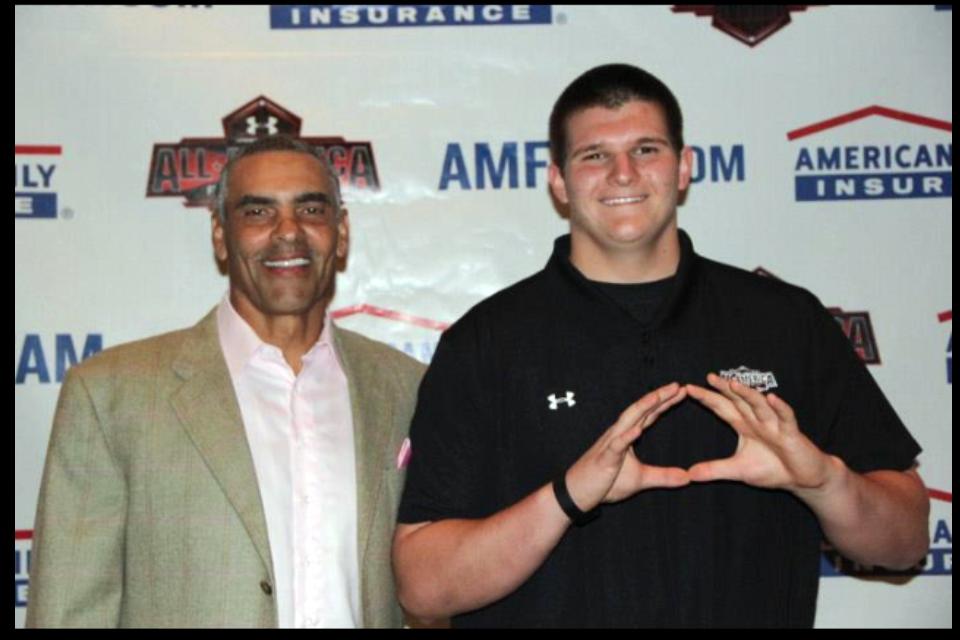 Evan Voeller, senior, was among the select few of the nation’s elite football players who gathered at Tropicana Field in St. Petersburg, Fla. for the sixth-annual Under Armour All-American game. Voeller, an offensive tackle, will be joining the Oregon Ducks football team beginning in the third week of June.

Voeller was a member of Team Black, which won the game 16-3. The players arrived in St. Petersburg on Dec. 29 and had four days to practice and learn the entire playbook. A group of experienced coaches helped ease the process of learning a new offense in a short amount of time.

“They were all good coaches with tons of experience; some in the NFL and a lot in college,” Voeller said.

Compared to a typical Three Rivers League game, all of the athletes were bigger, faster and stronger. The pace of the game was also much faster, according to Voeller.

“It was good to go against other All-Americans to see where you are at and gauge where you are,” Voeller said. Voeller feels he competed well with the top players in the country.

The atmosphere of the game was fairly intense, with many players competing to steal the spotlight in front of a national audience. “Players on your own team, during practice, were all friendly, but during the game it was more hostile,” Voeller said.

The experience produced proud memories that will last a lifetime for Voeller. “It was definitely the biggest crowd I have ever played for, and all of the players were really good,” Voeller said. “It was a great experience and to be able to tell your kids that you played on the All-America team is an honor.”

Although his high school football career is now finished, Voeller will begin a brand new chapter of his football life with a new team and a new head coach in Eugene. Despite Chip Kelly’s departure to the NFL, Voeller’s commitment to the Ducks is strong.

“He is a great coach and I wish I could have played for him. I’m sad to see him go, but I’m still excited, and I can’t wait to get down there and start practice,” Voeller said.